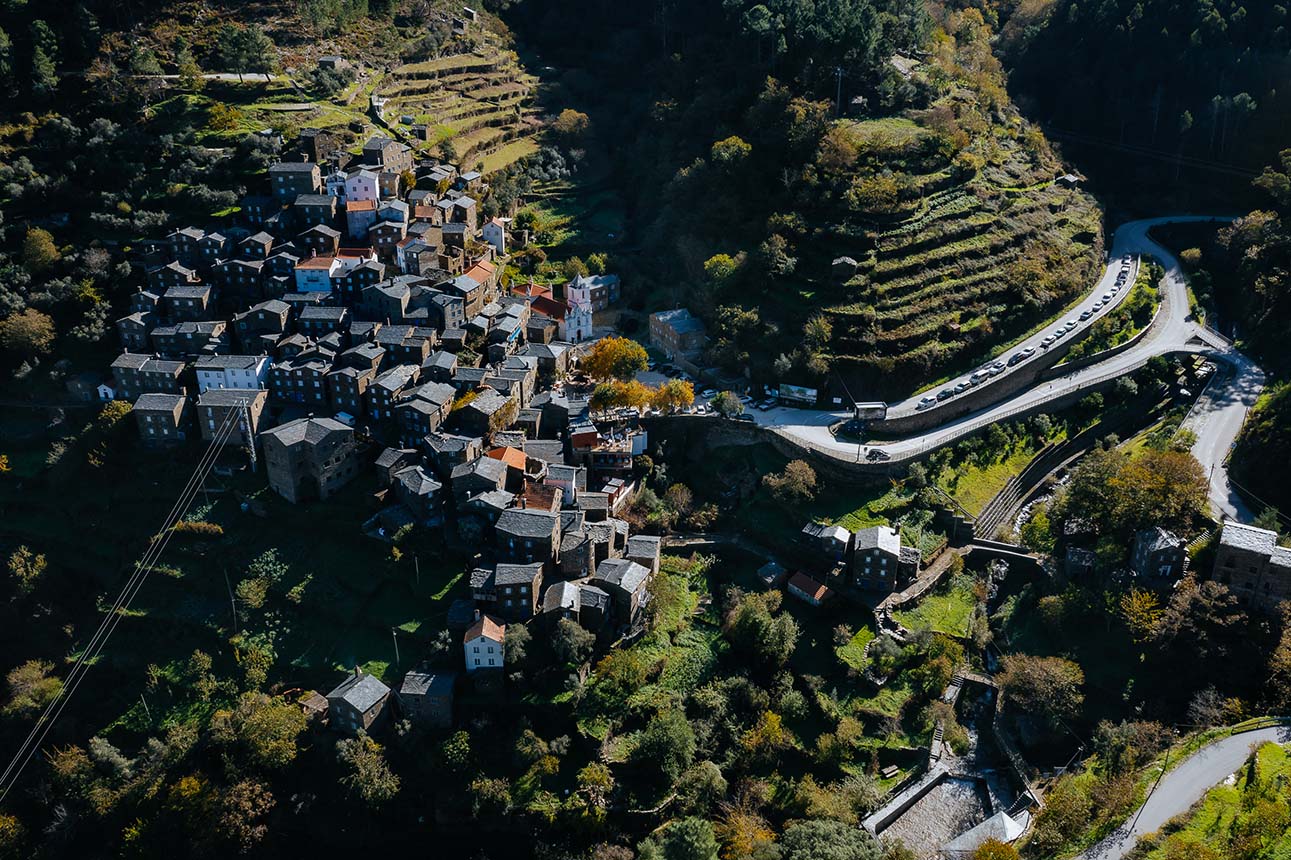 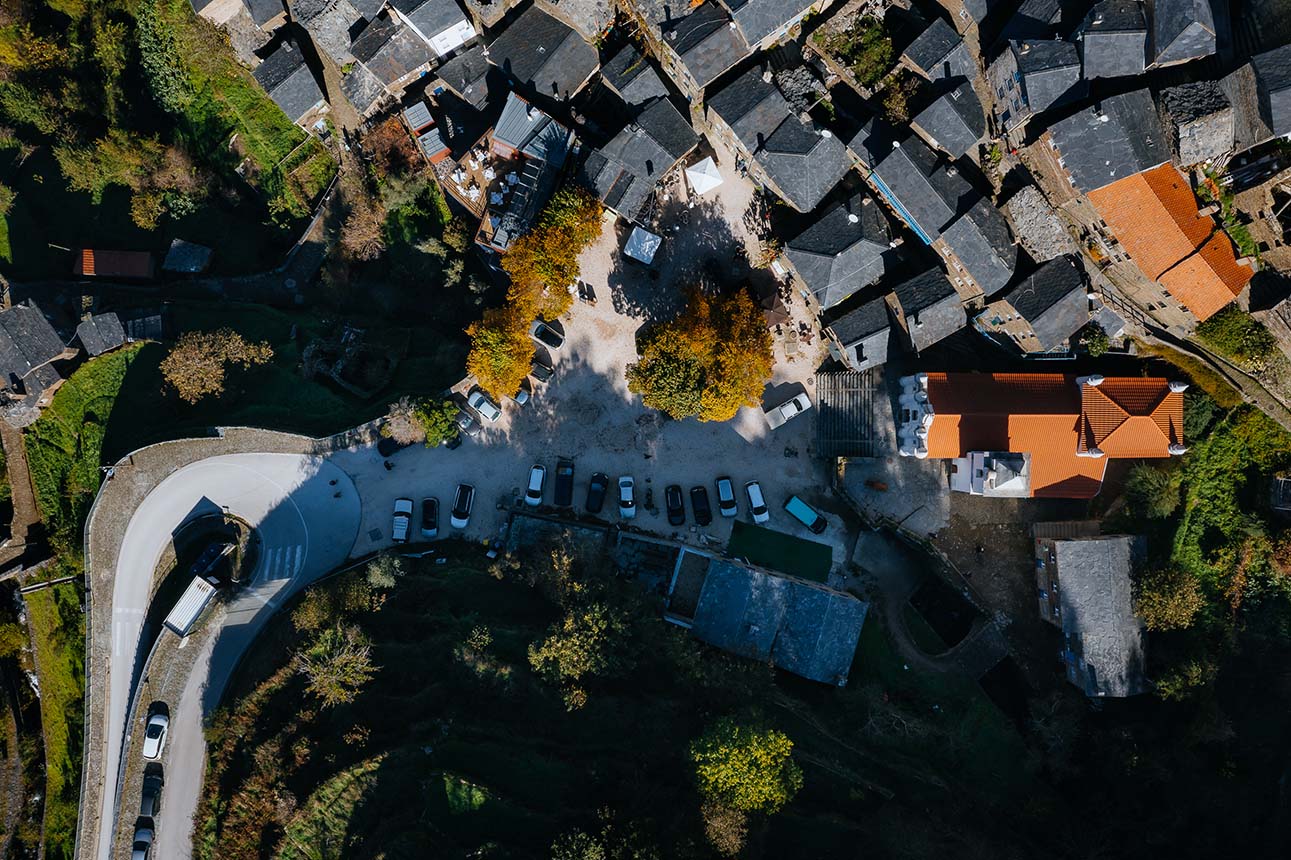 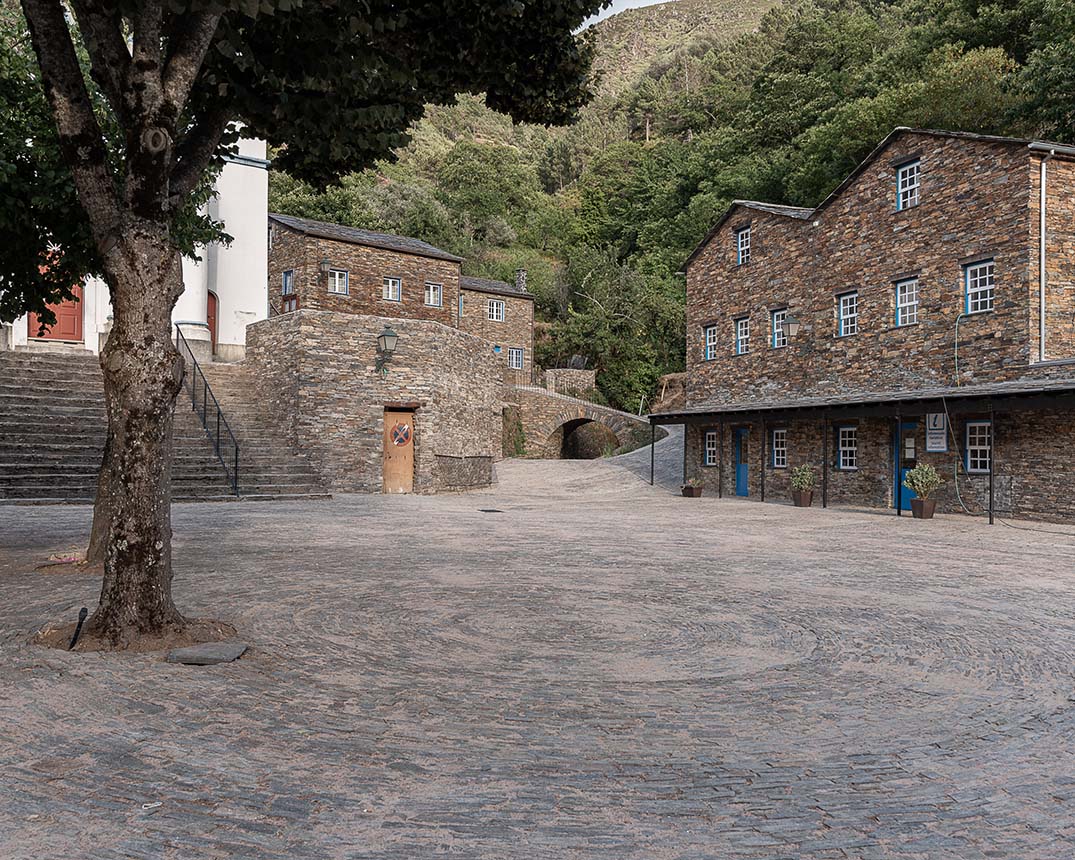 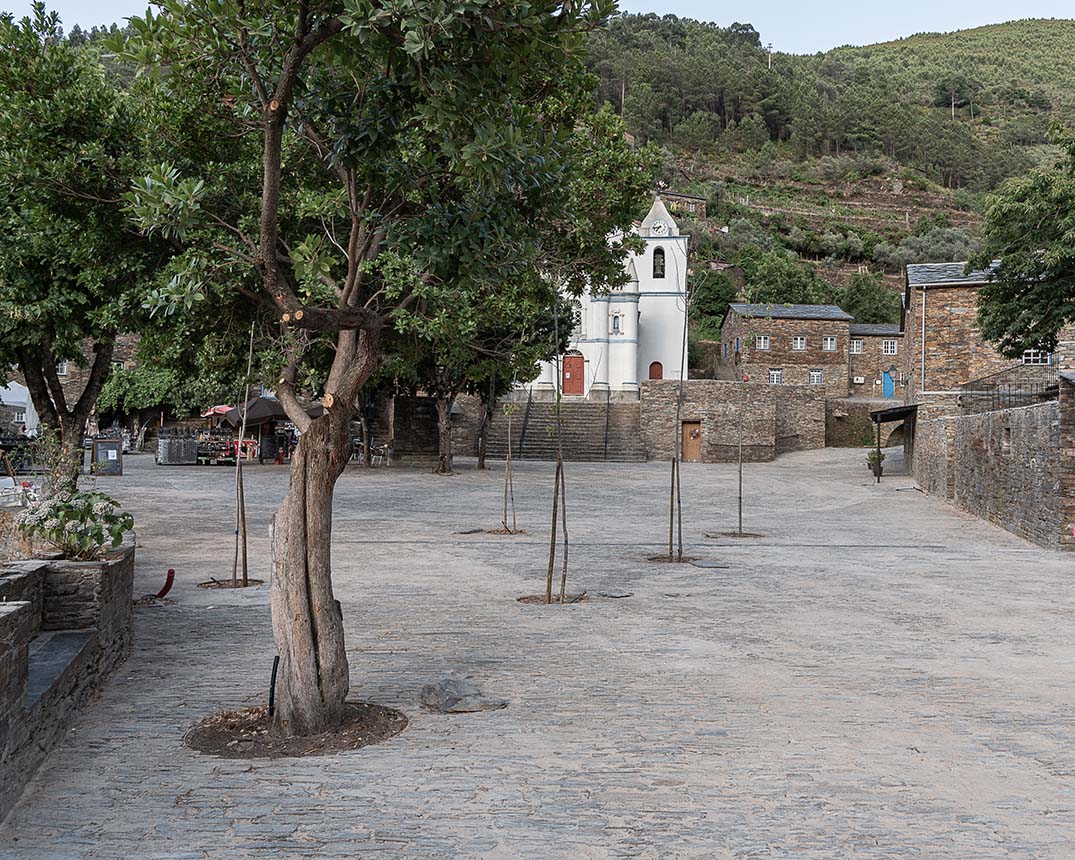 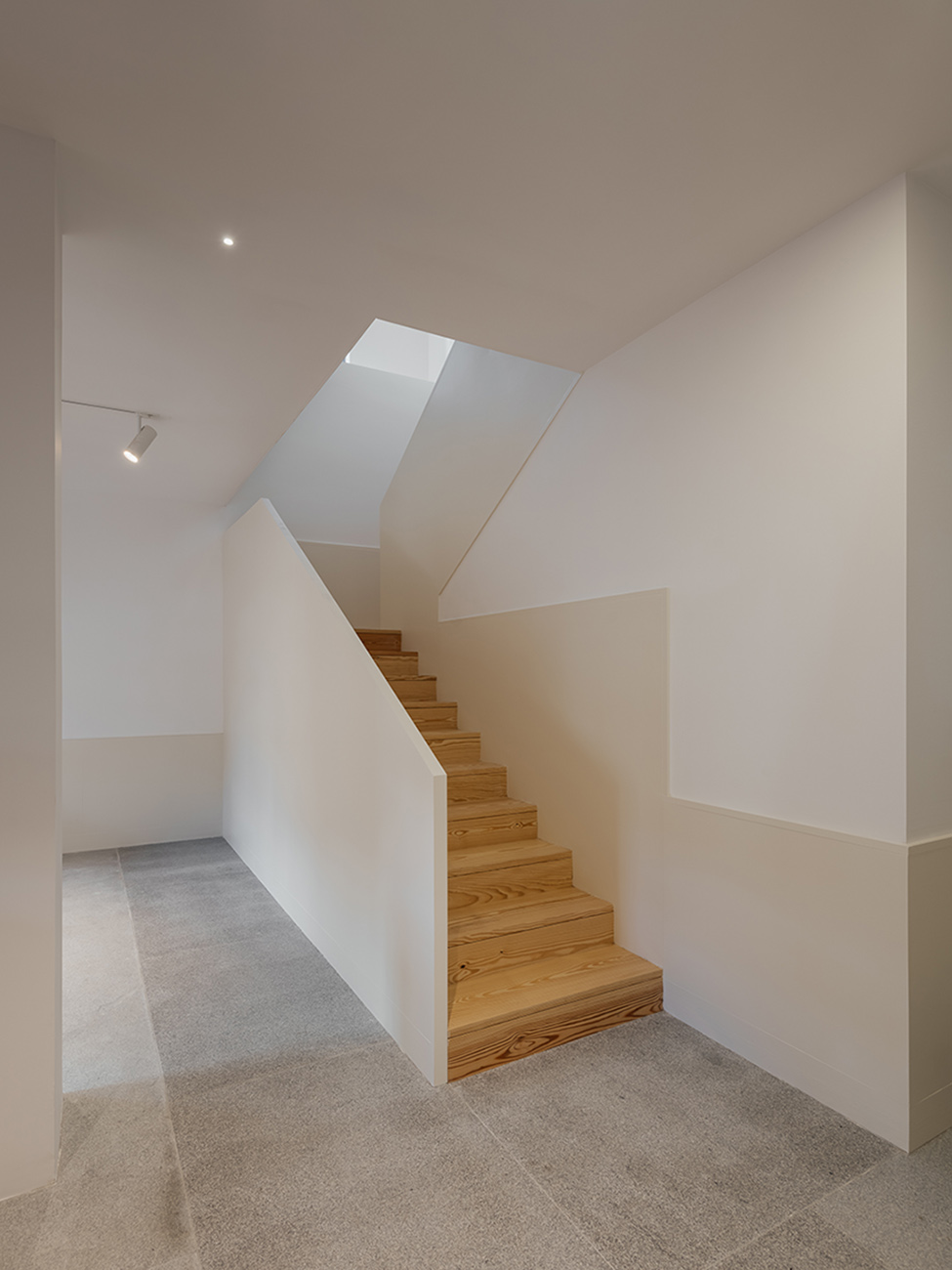 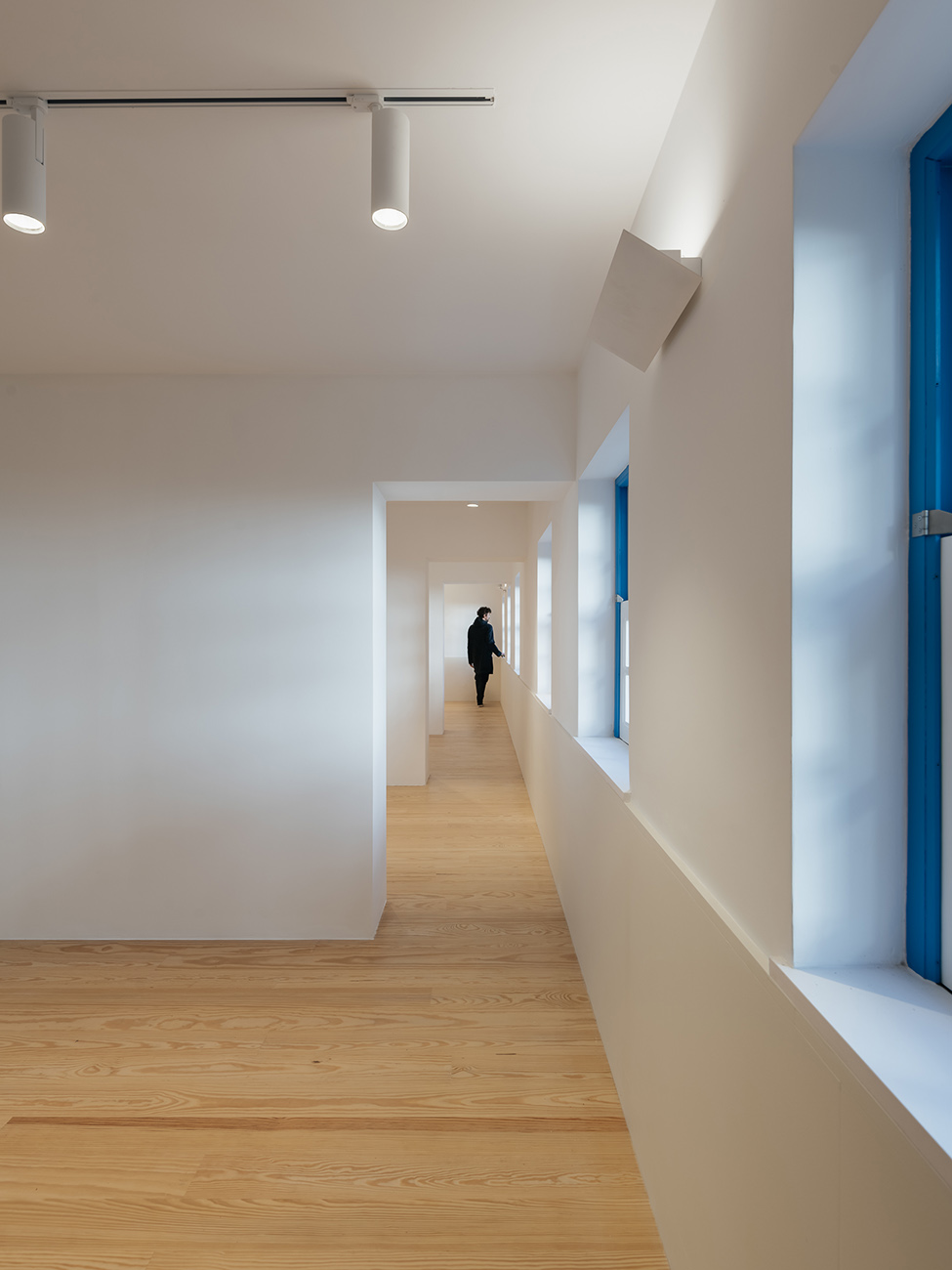 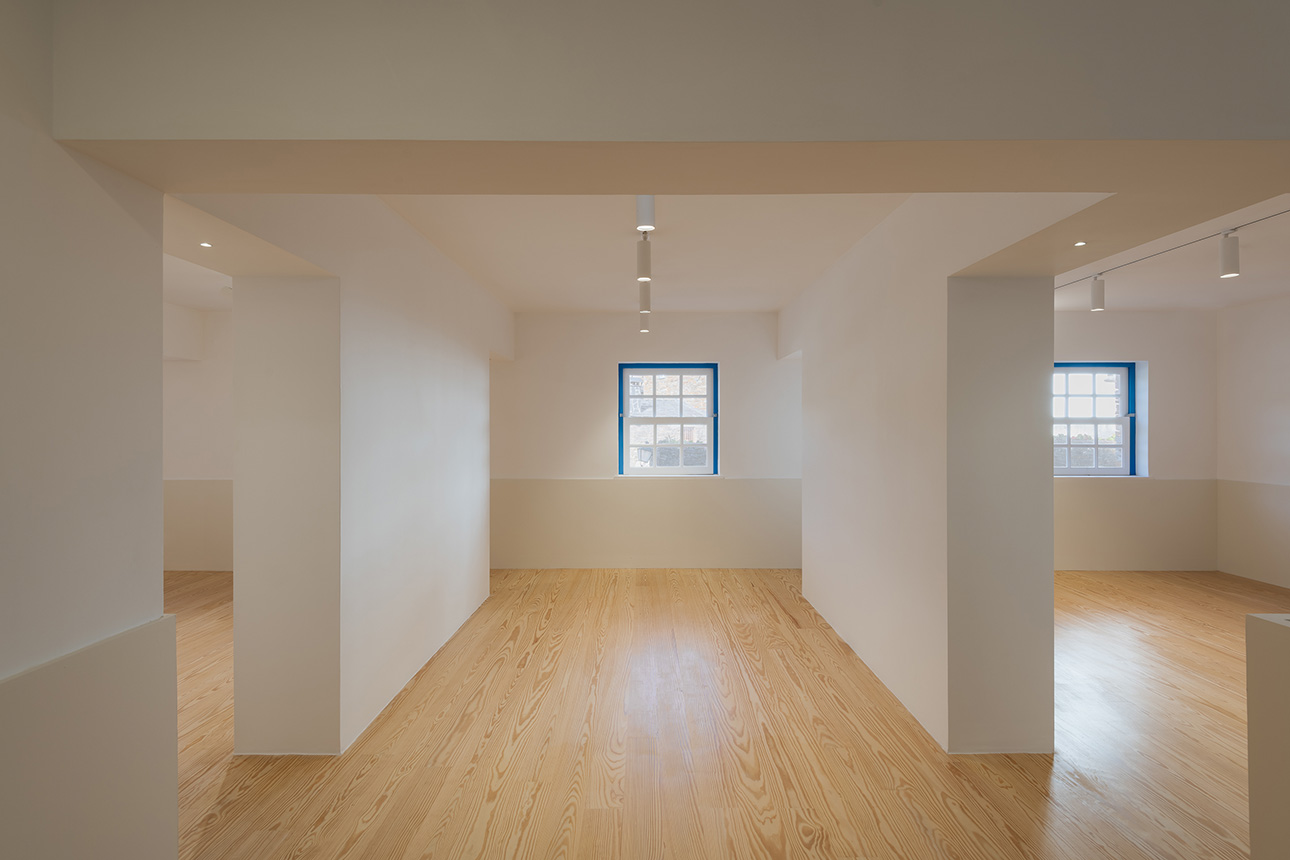 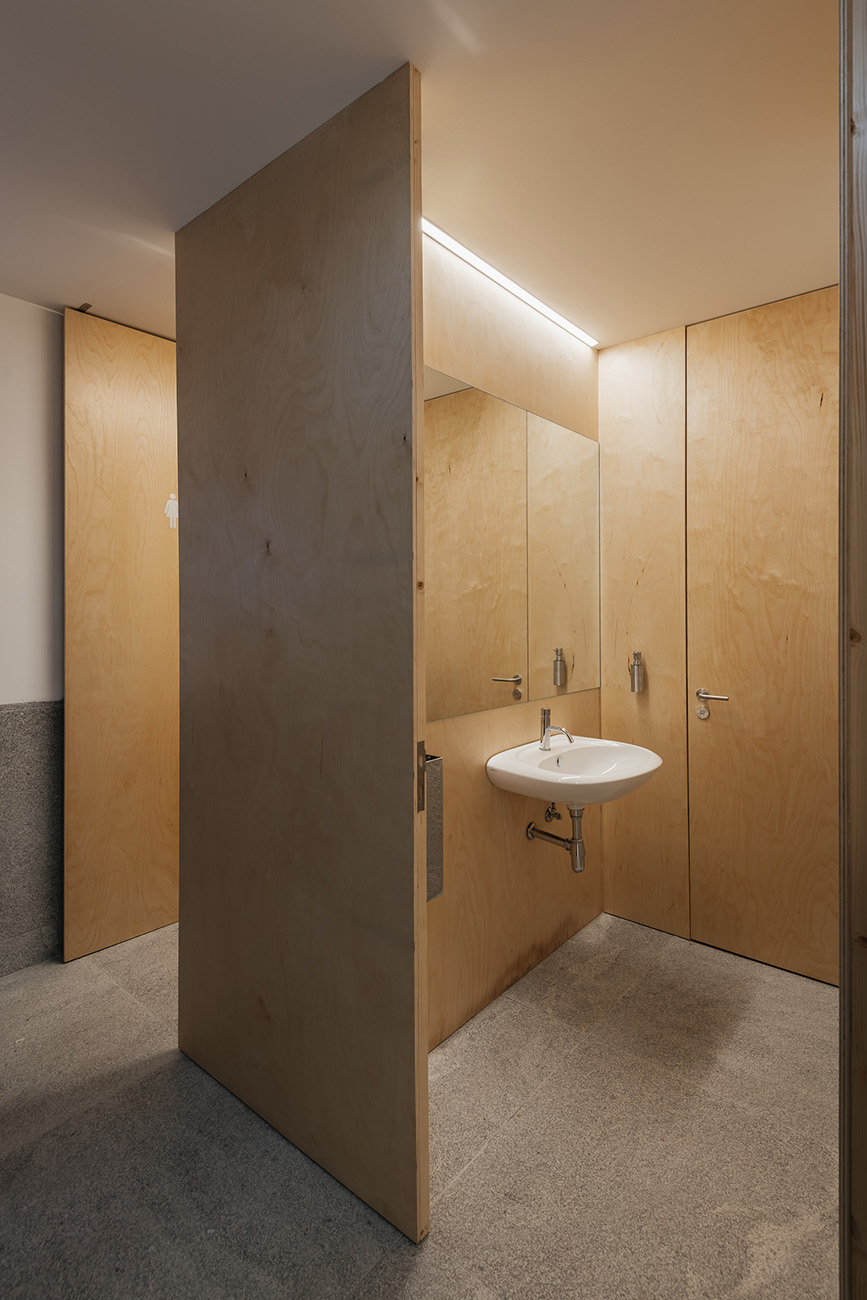 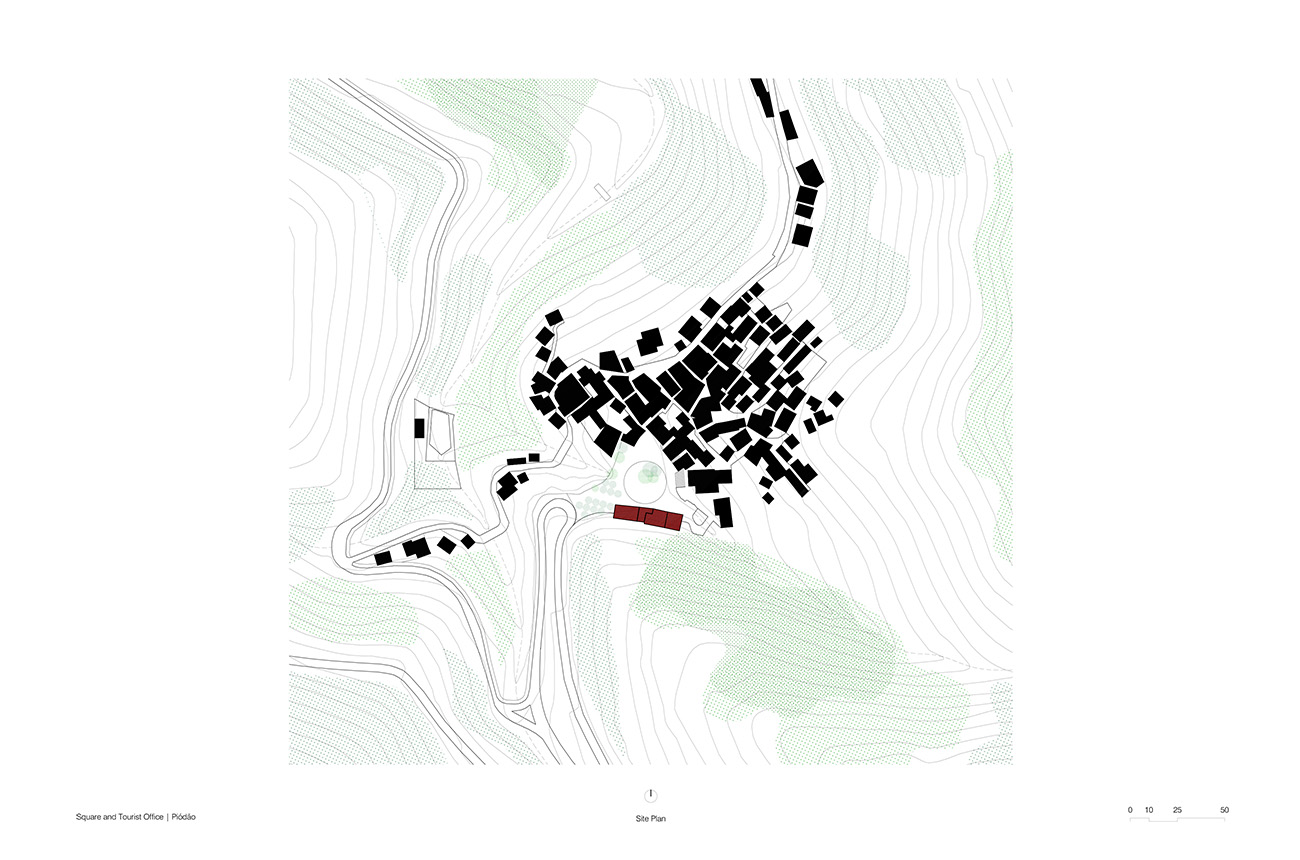 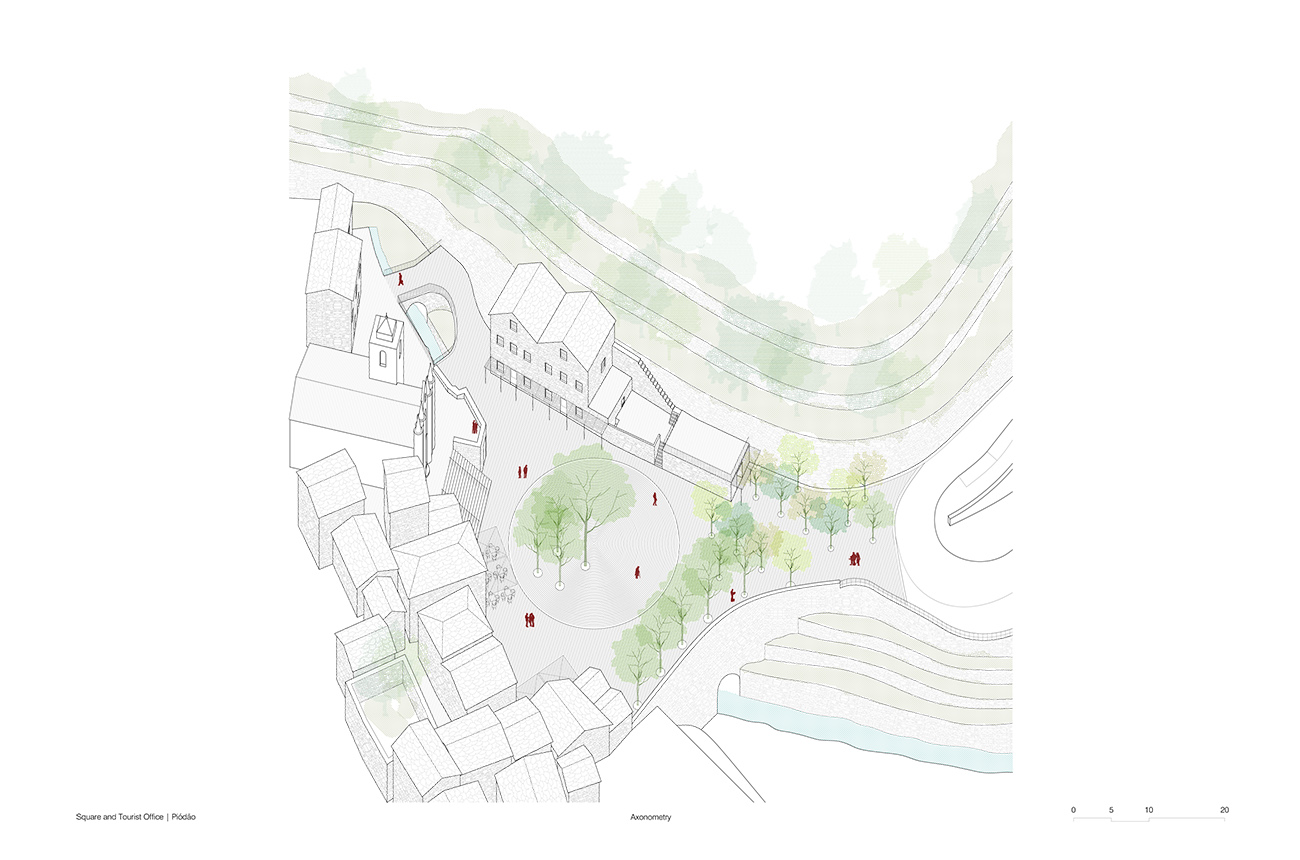 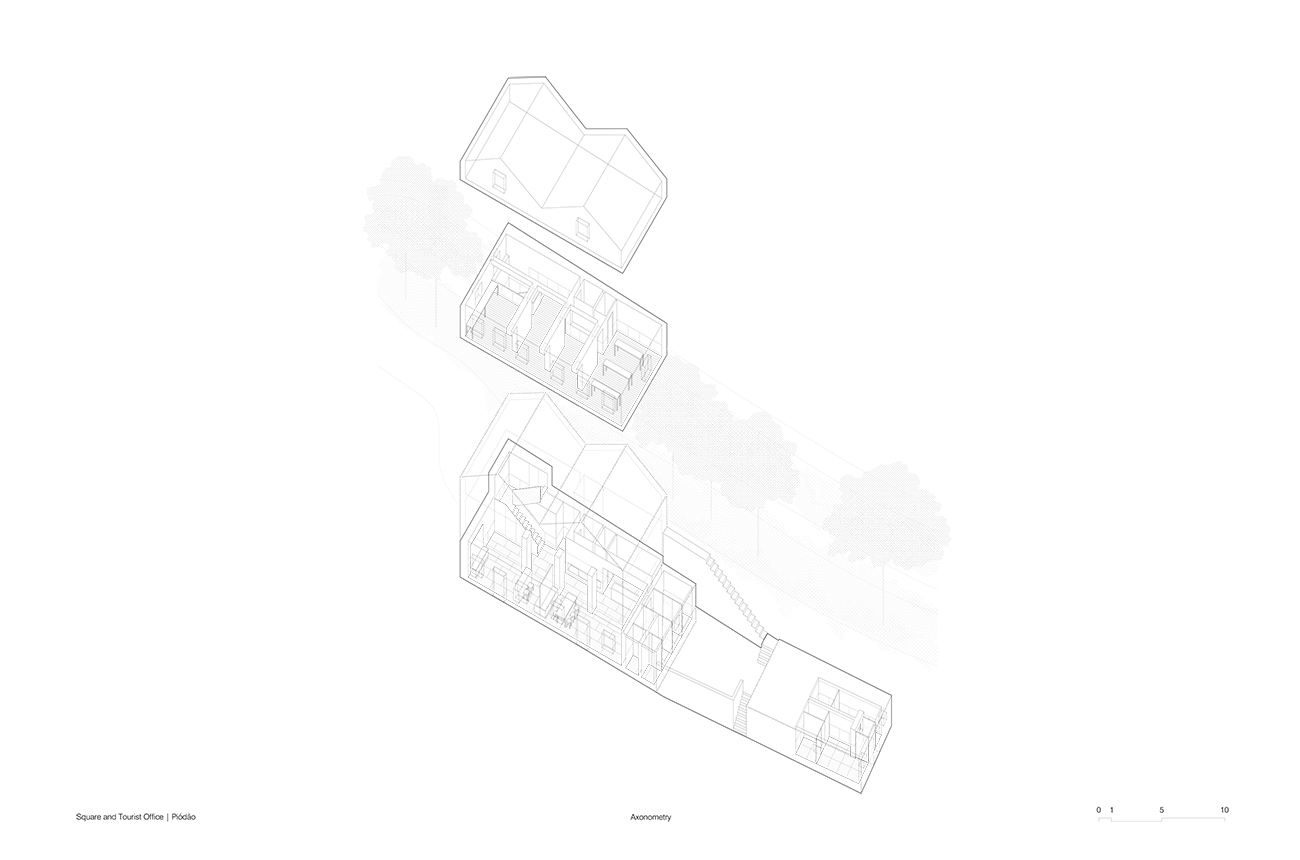 The village of Piódão, located on a steep escarpment, forms an amphitheatre of shale houses covered by small, steep and narrow streets. The Cónego Manuel Fernandes Nogueira square, in the lower part, is the only open, horizontal and unobstructed space and serves as the main access to the village. Not only do tourists who constantly visit it pass through this square, but also all residents.

For this reason, over the years, the space was colonized by cars, and used as a parking lot. The main objective of the project is to restore the character of a gateway to the village, pedestrian and unimpeded.

To this end, the project proposestwo main actions:

Firstly, a cherry tree plantation at the entrance prevents the passage of cars and separates and protects the square from the road. This vegetal filter changes the sequence of arrival: after the first discovery of the village, which is made by car, in the distance, in which its landscape placement is recognized, the trees postpone the second order of understanding of the set: the appearance of the elevation of the village from its base.

The second operation is the new paving of the space, solved in shale with a knife, without unevenness or curbs to reinforce the new pedestrian character. The formal complexity of the space, which lacks directionality, is resolved with the introduction of a large central circle, at the axis of the church, which circumscribes the bust and the existing trees. The different elements that make up the square: the church facade and the stone foundation on which it lands, the tourist office and the small houses with restaurants and cafes are arranged around this new soft centrality.

The project also covers the tourist office building, located on the south side of square. The intervention, both inside and outside, was aimed at cleaning and clarifying the existing building, removing elements and outbuildings. A new shade, built on the traditional system of wood structure and slate slabs, protects the entrances to the buildings and helps to maintain a unitary image of the whole.