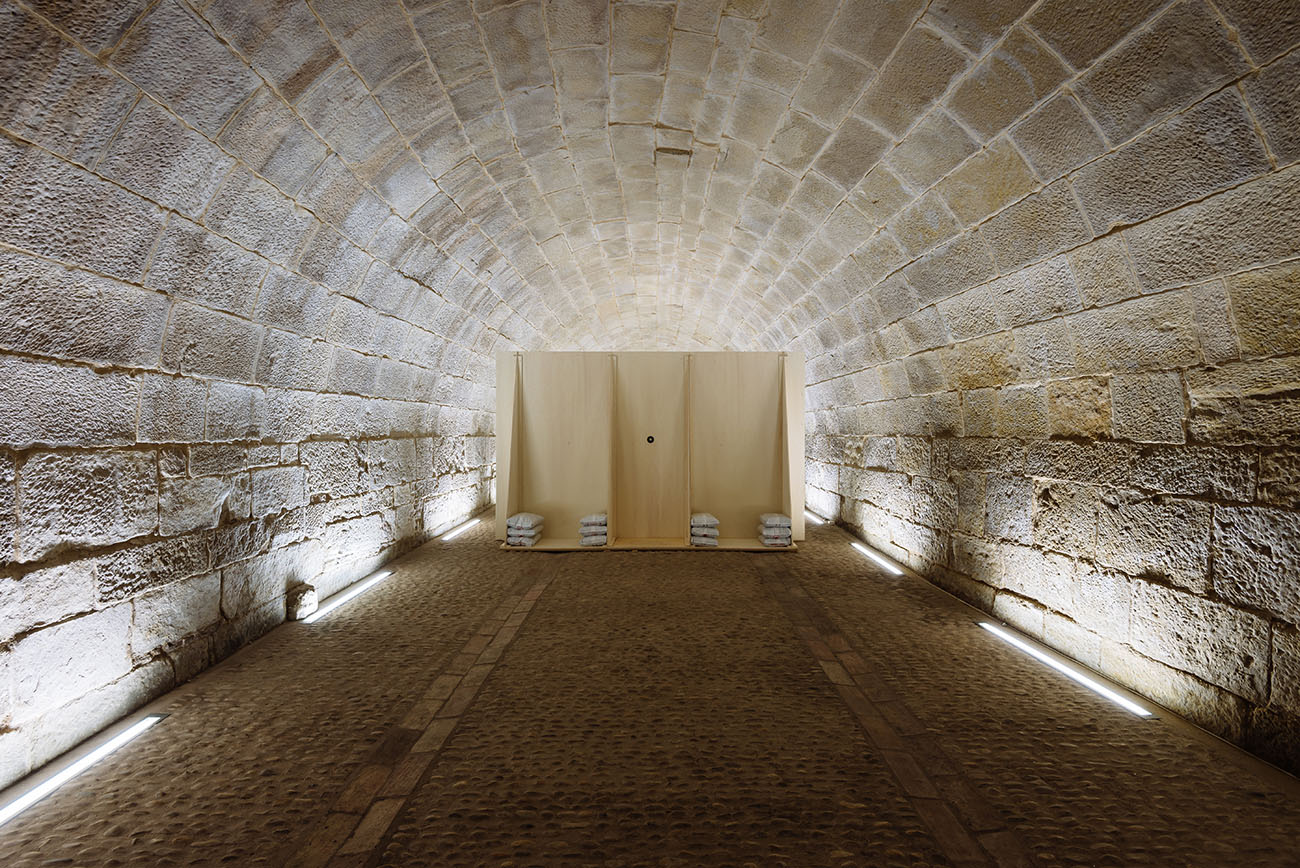 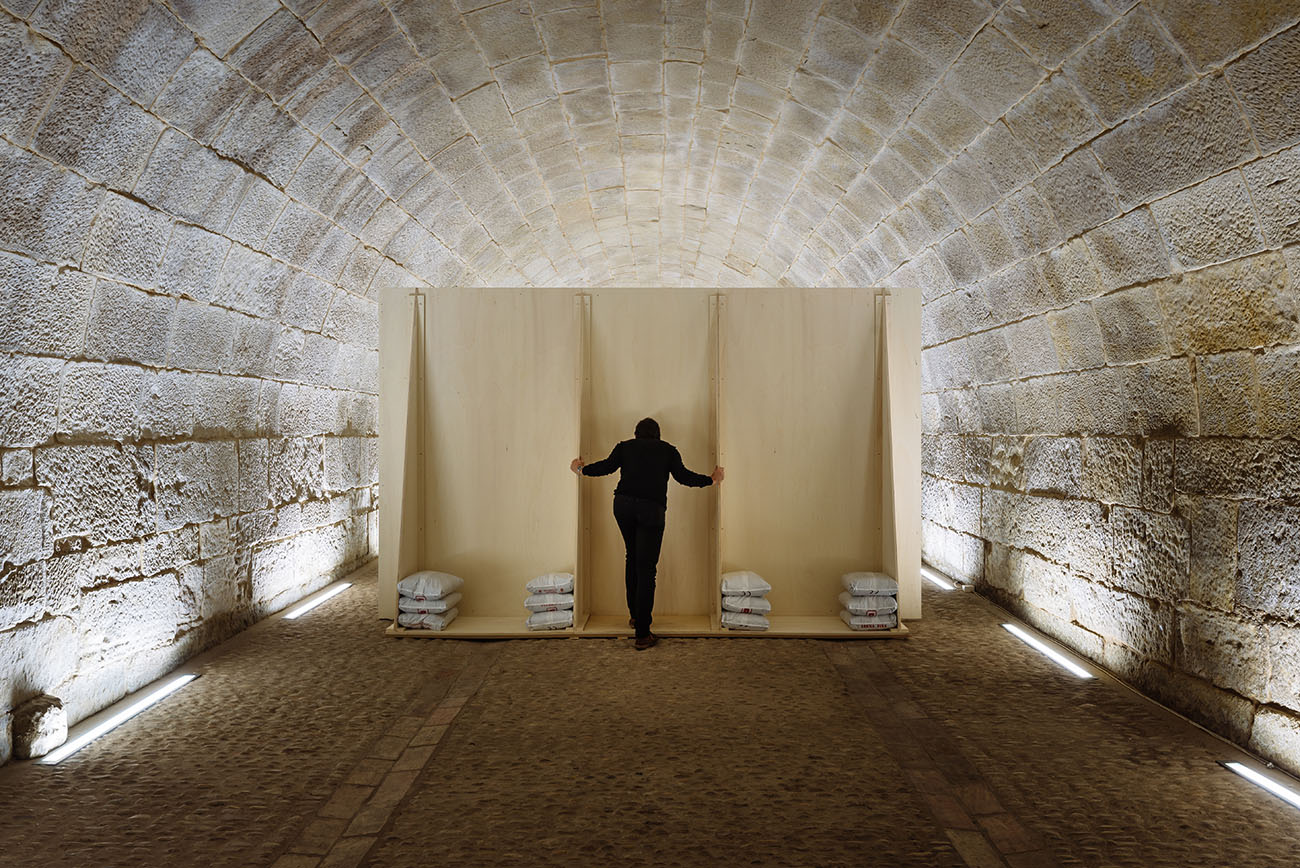 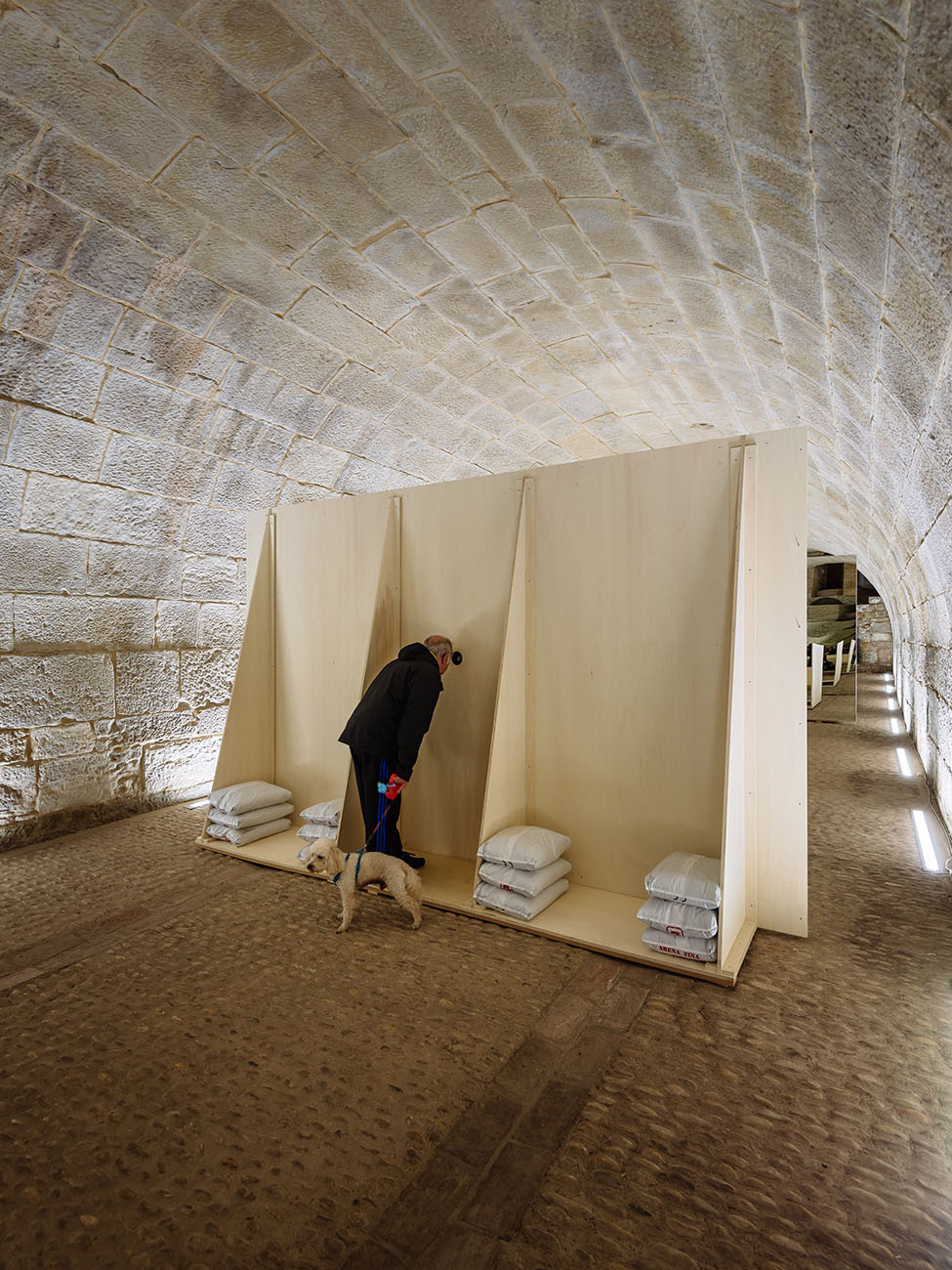 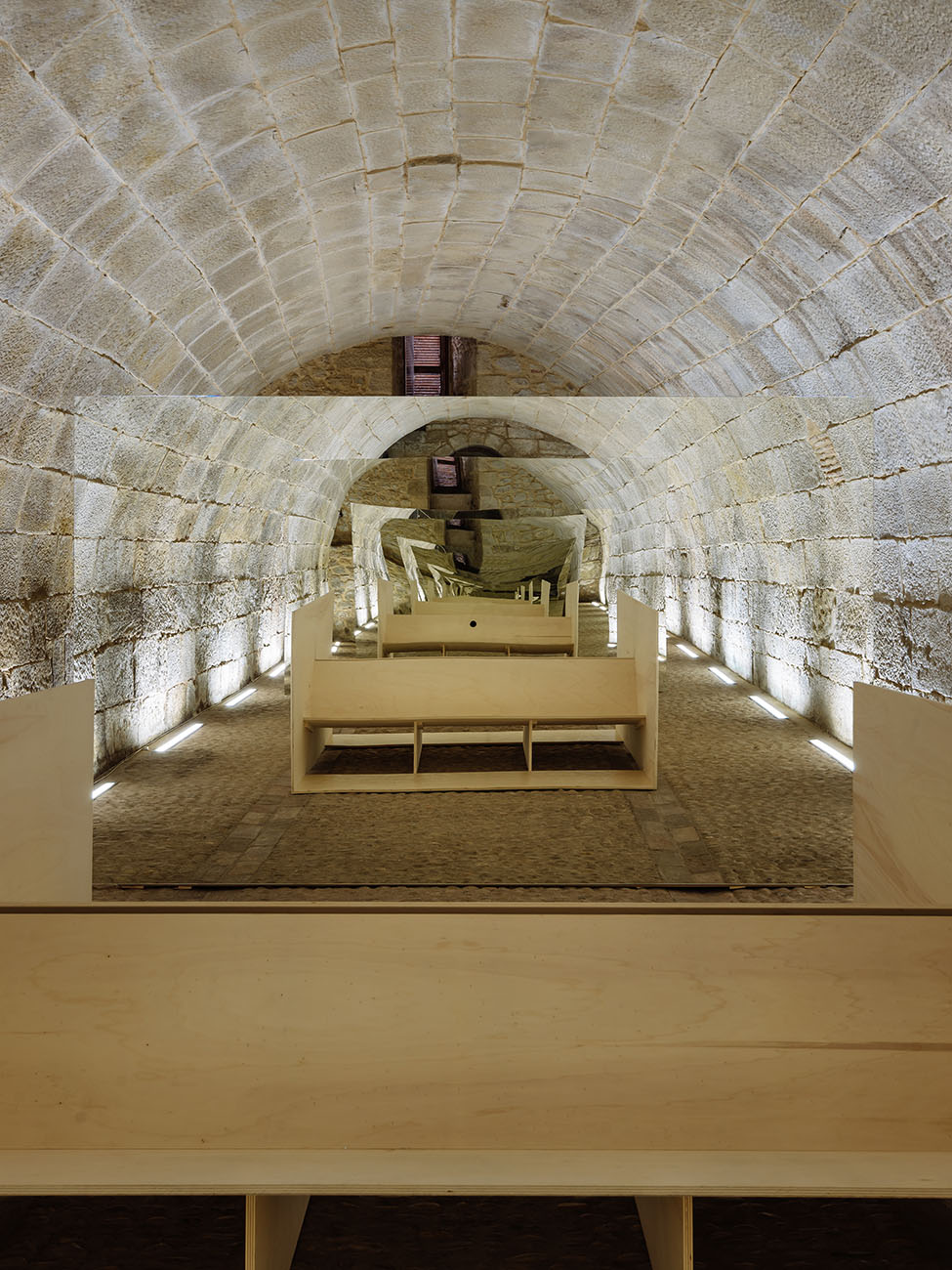 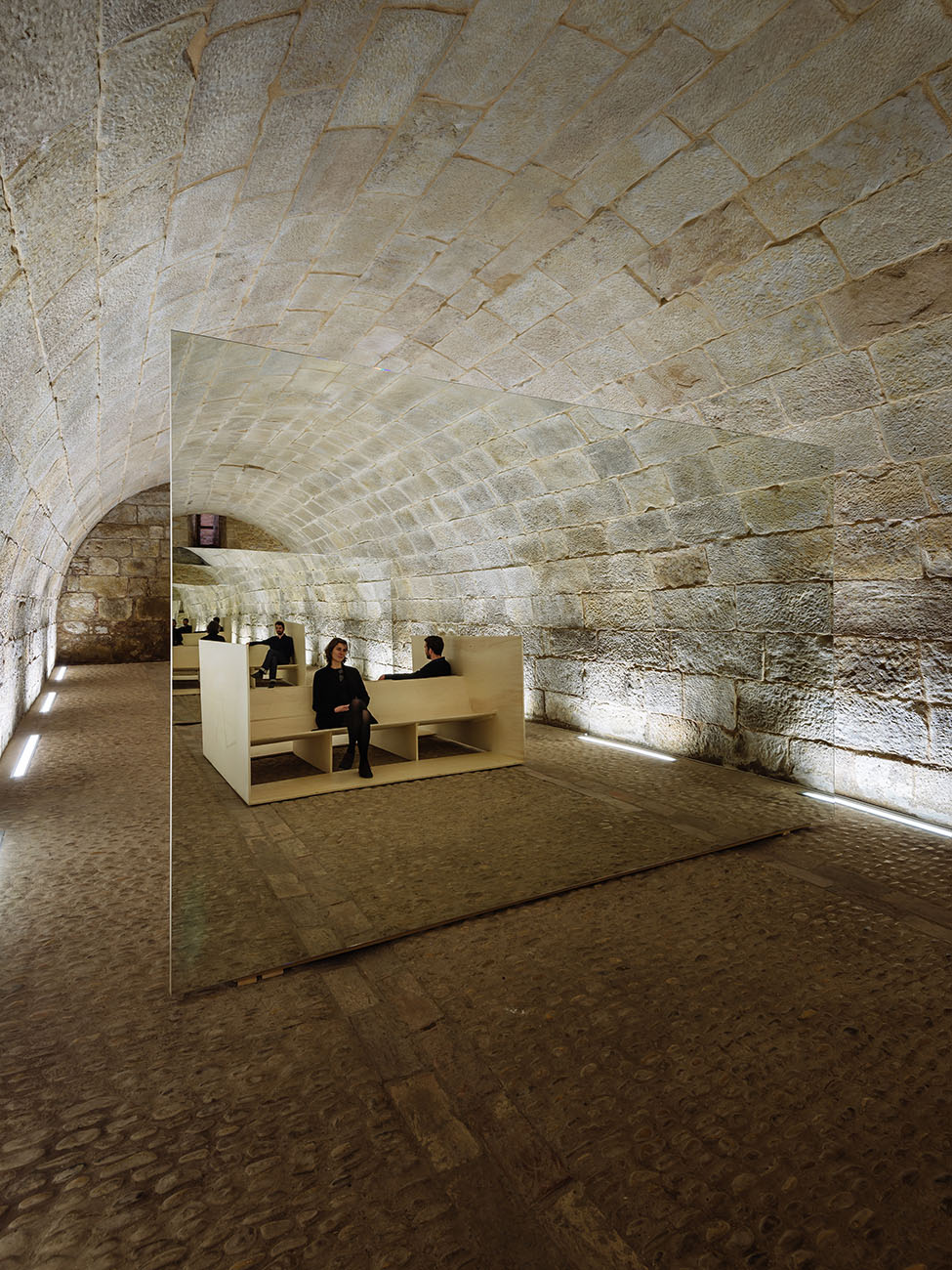 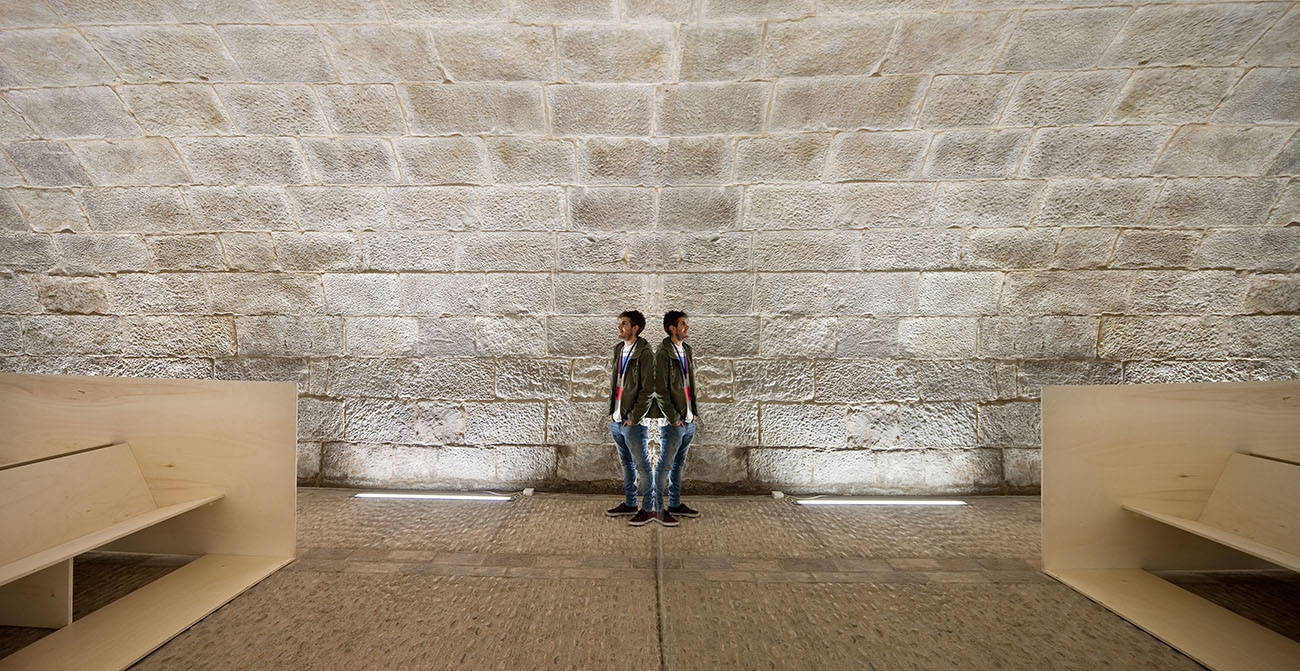 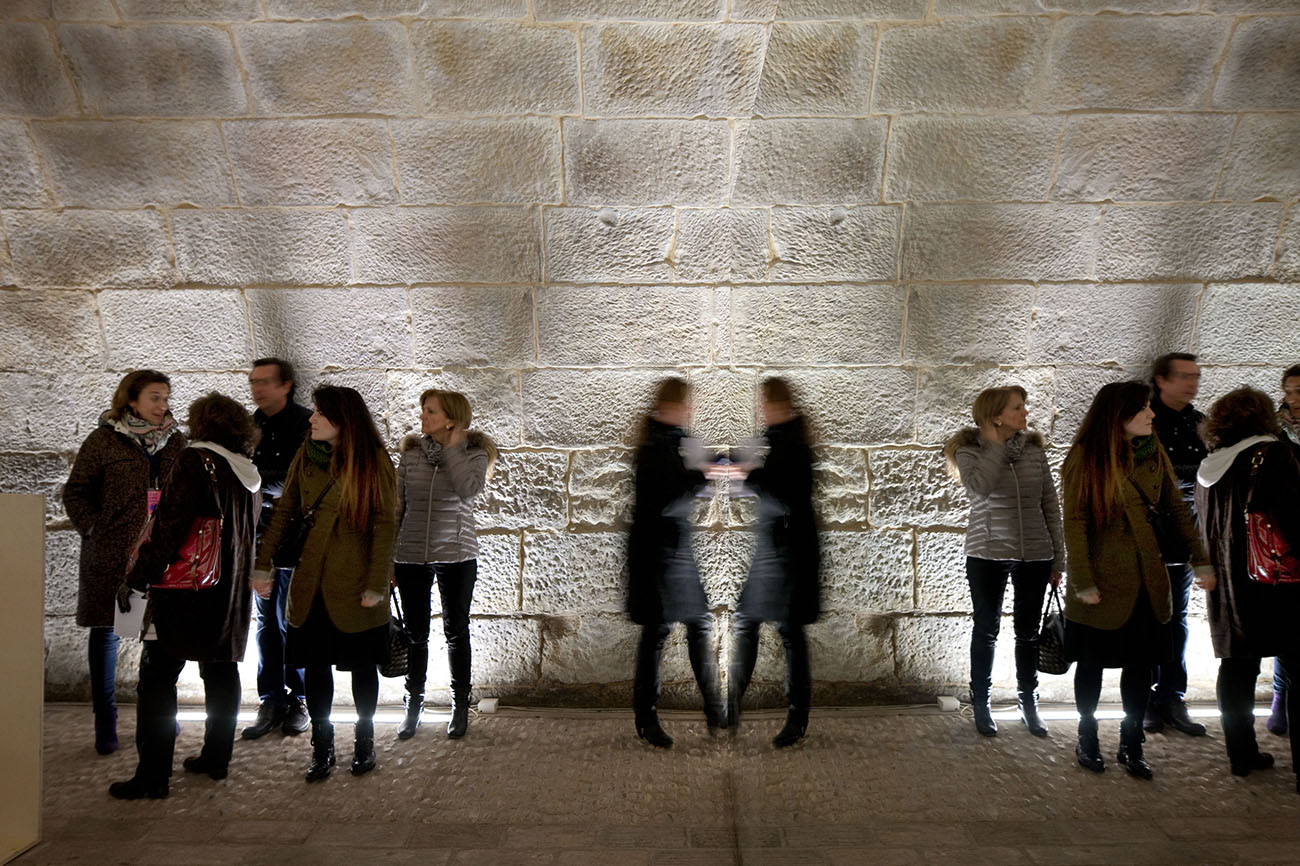 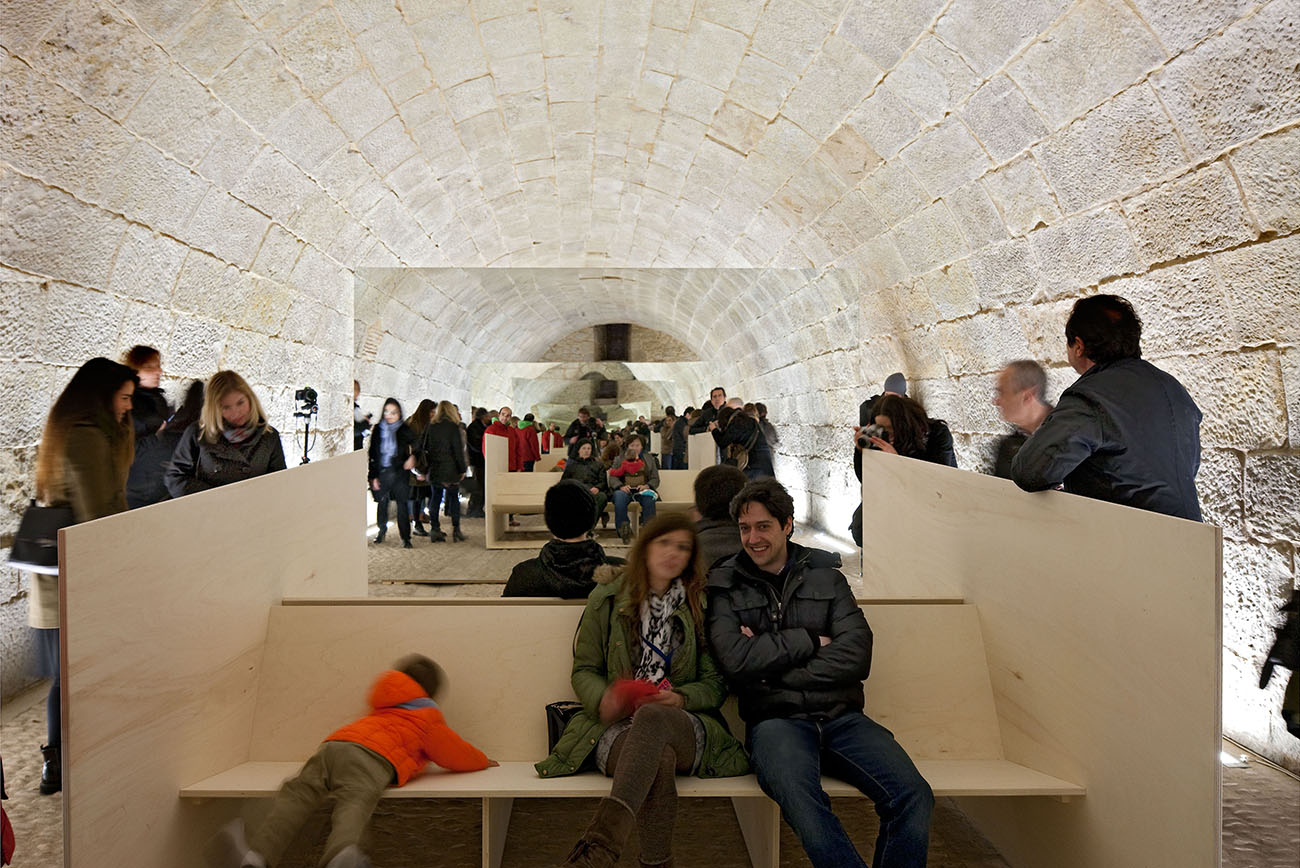 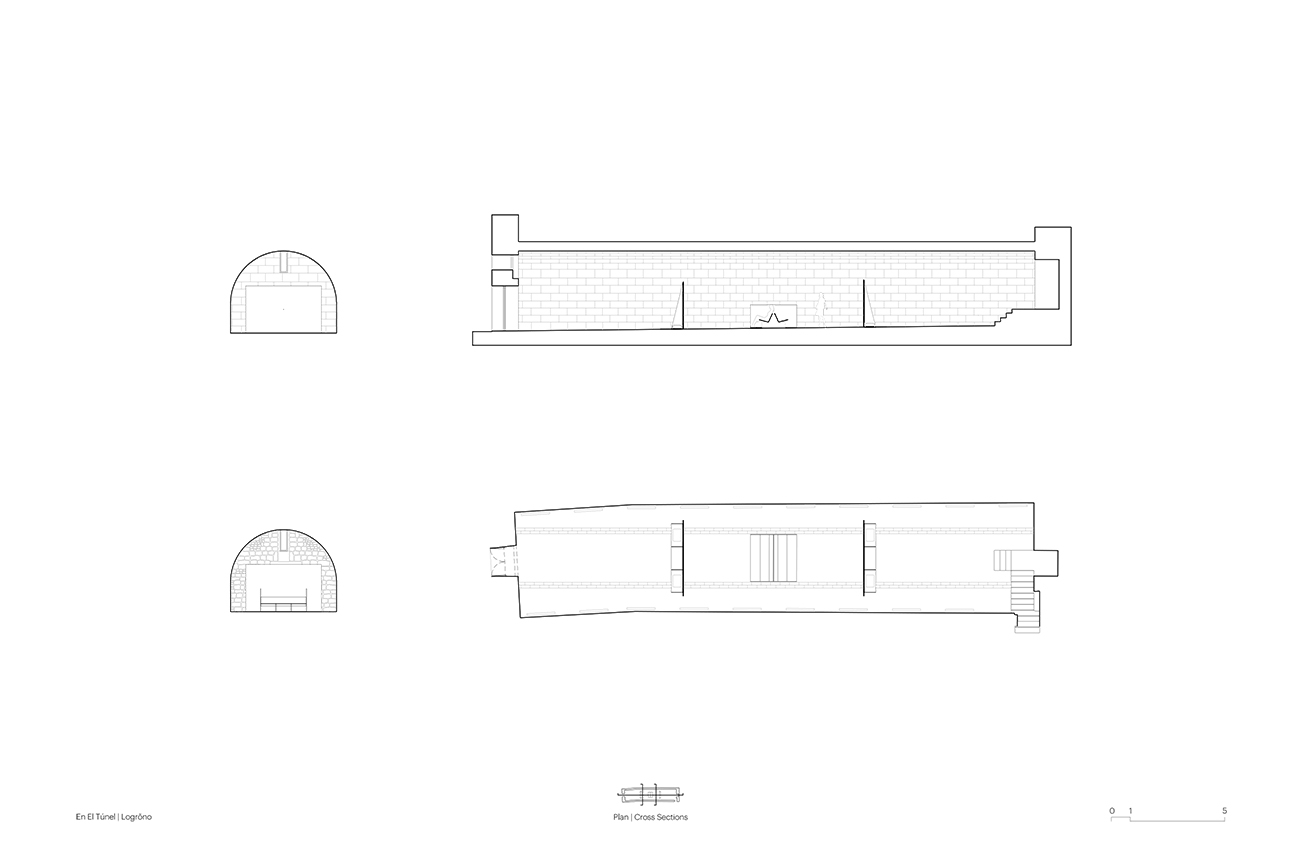 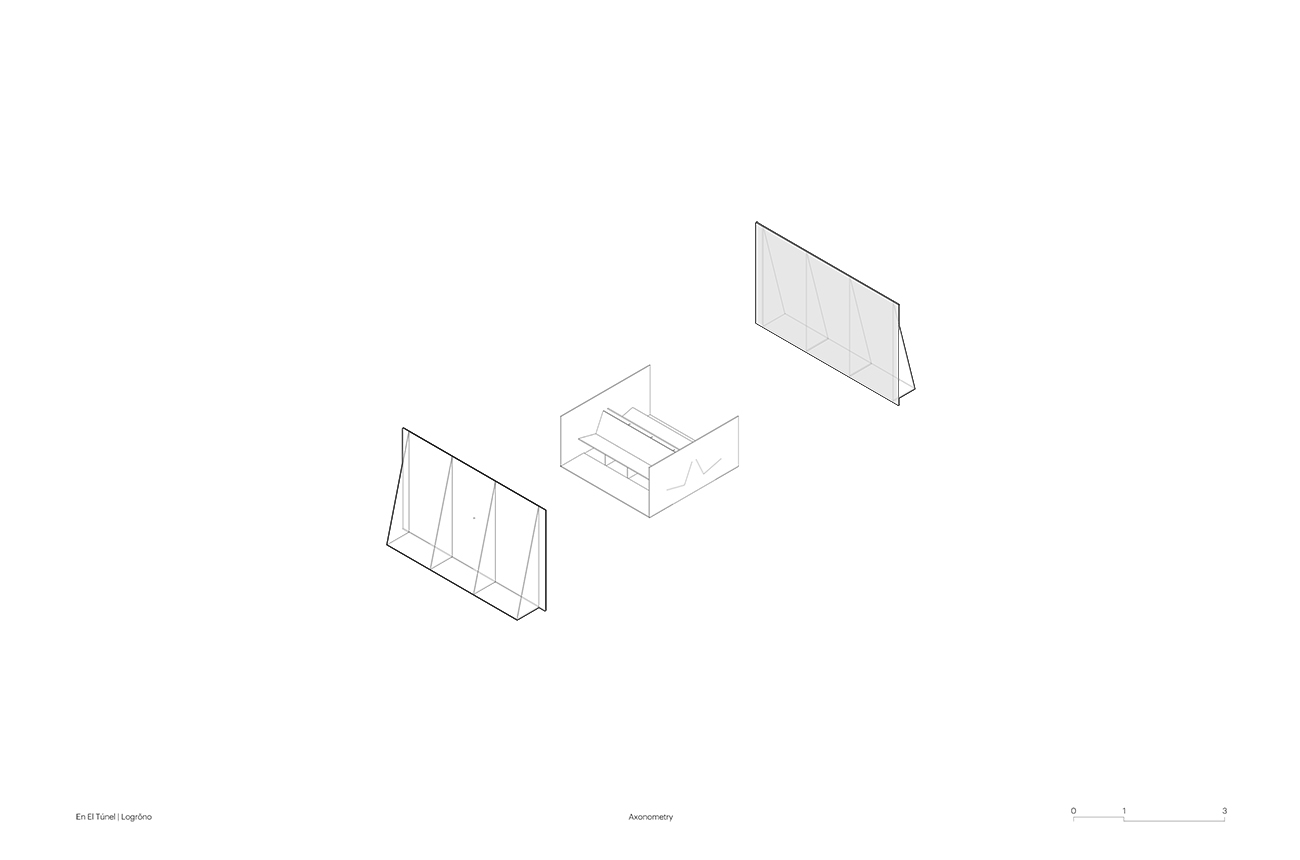 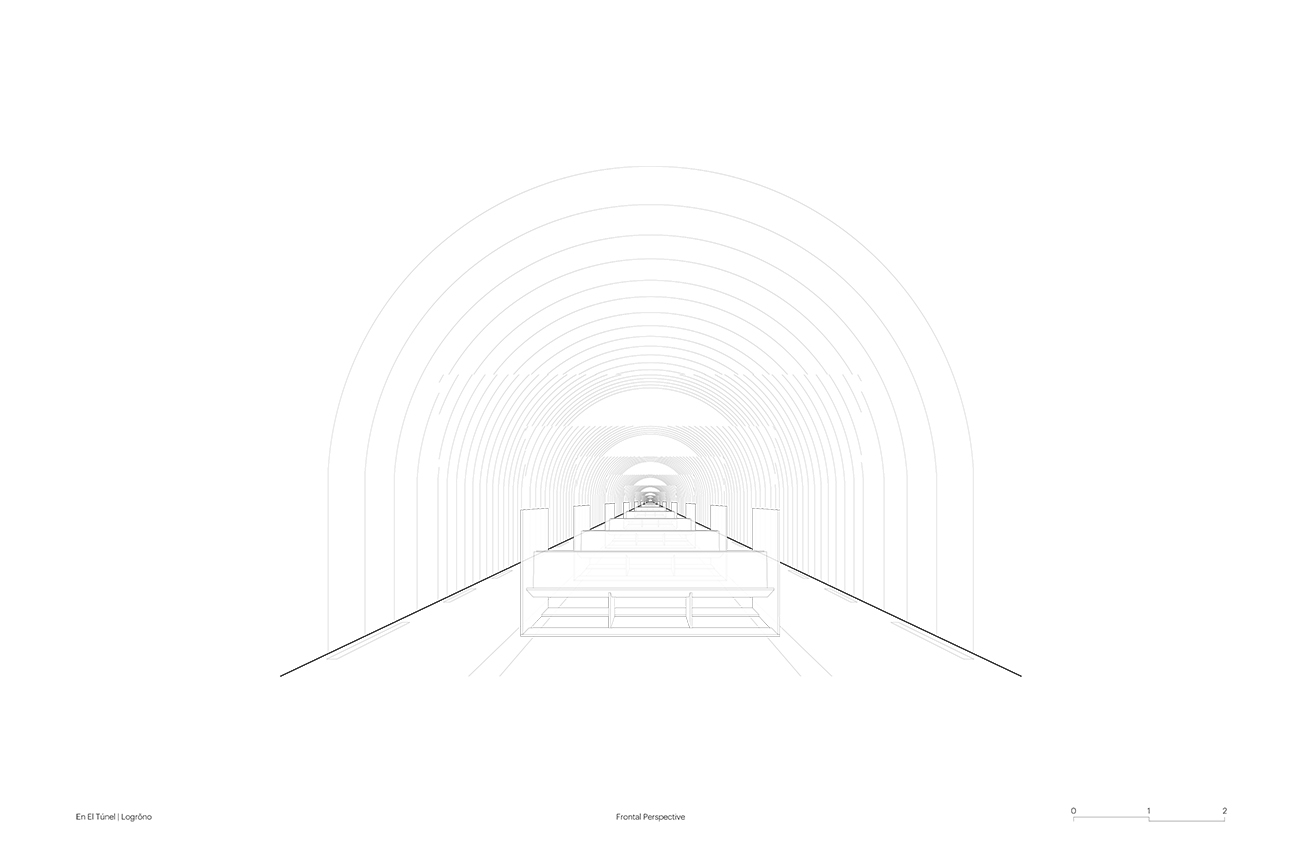 The access, a central door at one end, reveals at once the striking space and turns it into a single image.

Why walking along it?

The intervention expands the experience of the space: distorts and subdivides it, turns the tunnel into a path.

Upon entering, a wooden structure interrupts the view: the full depth of the space is hidden to the visitor, offering him only the continuity of the stone vault. In the center, a small hole invites to peek, as a voyeur, looking for the end of the tunnel.

However, the space on the other side does not end: it´s limit remains out of sight.

If curiosity leads him to surround the structure, he will see his image repeated. He is between two mirrors that, by having no frame, merge with the vault in a confusing world in which reflection and reality barely distinguish.