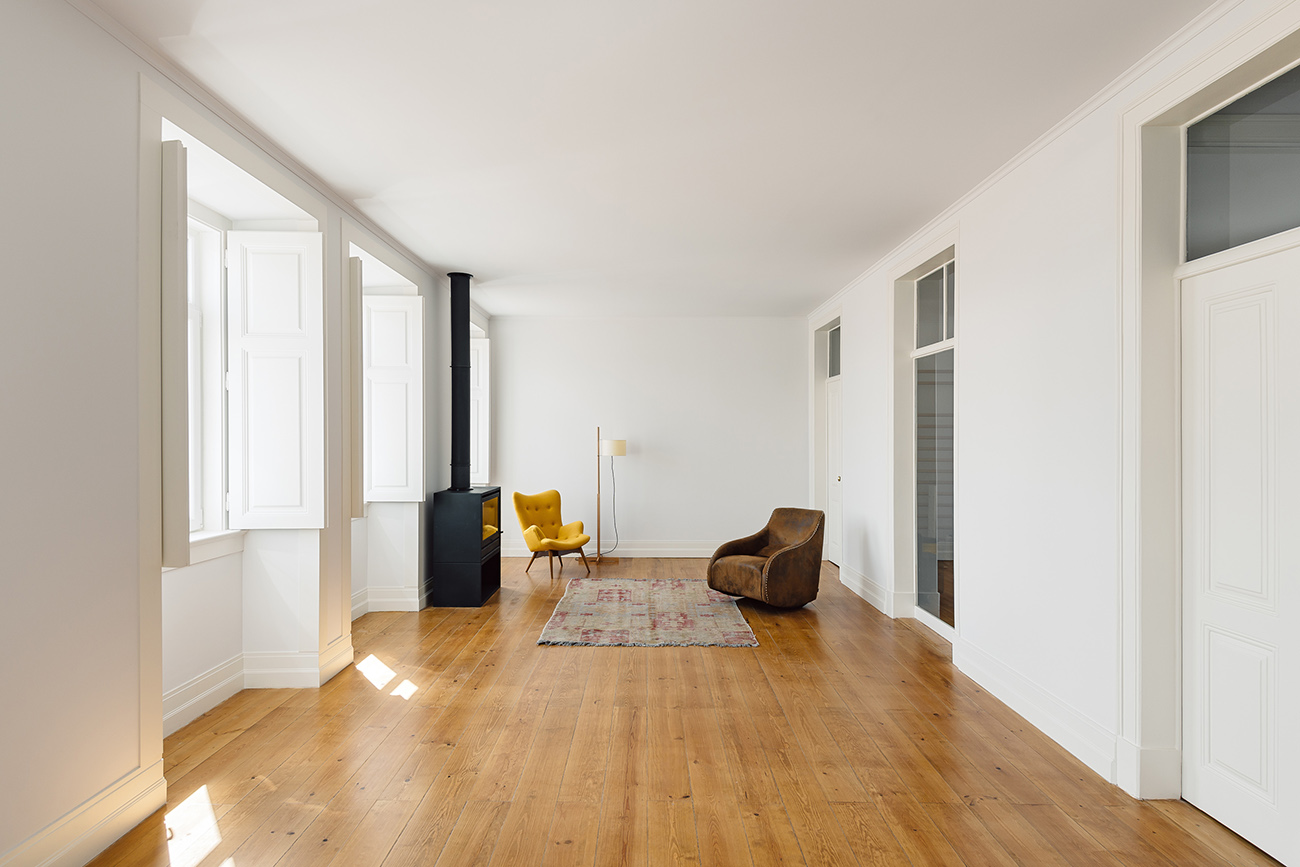 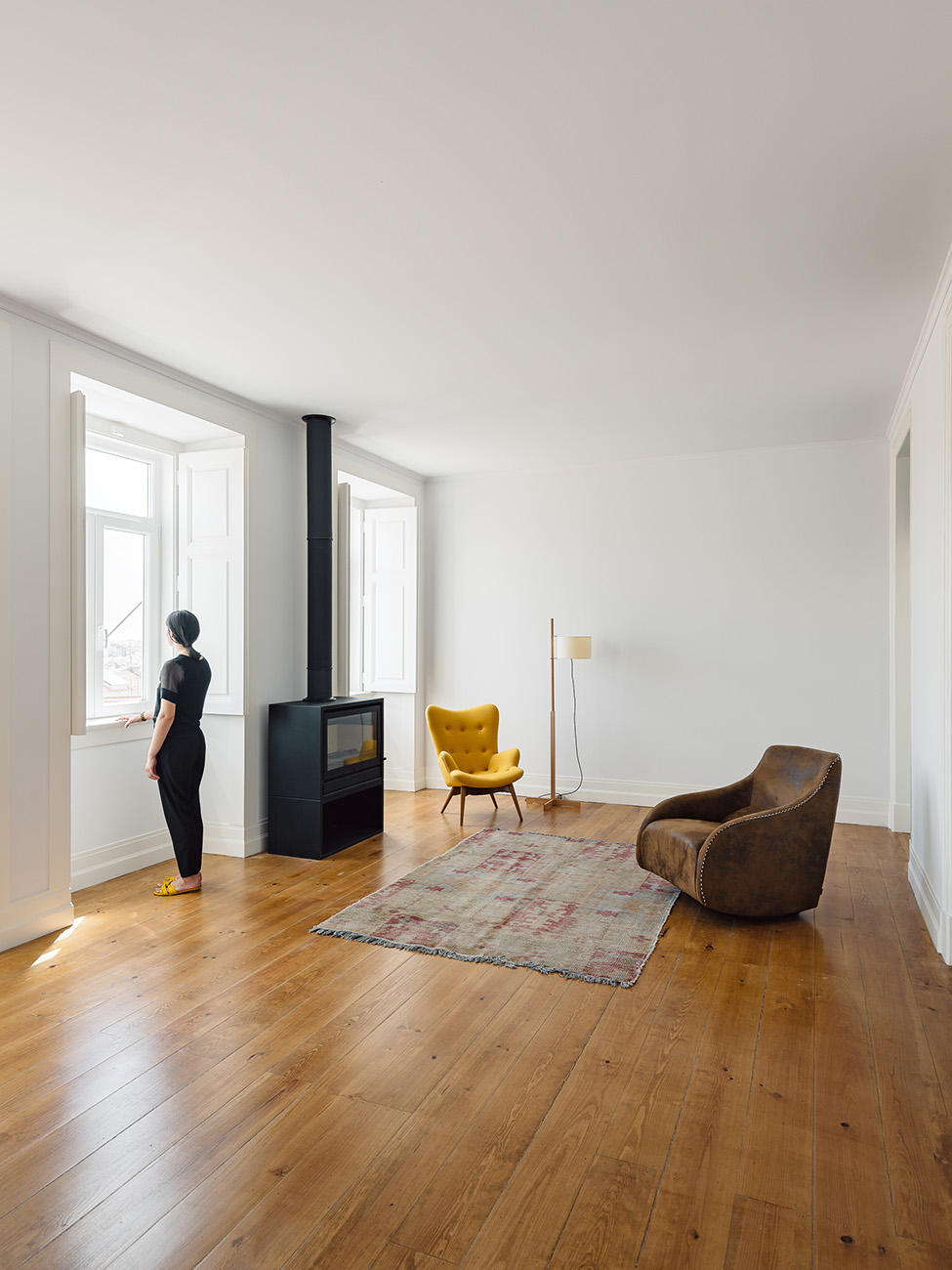 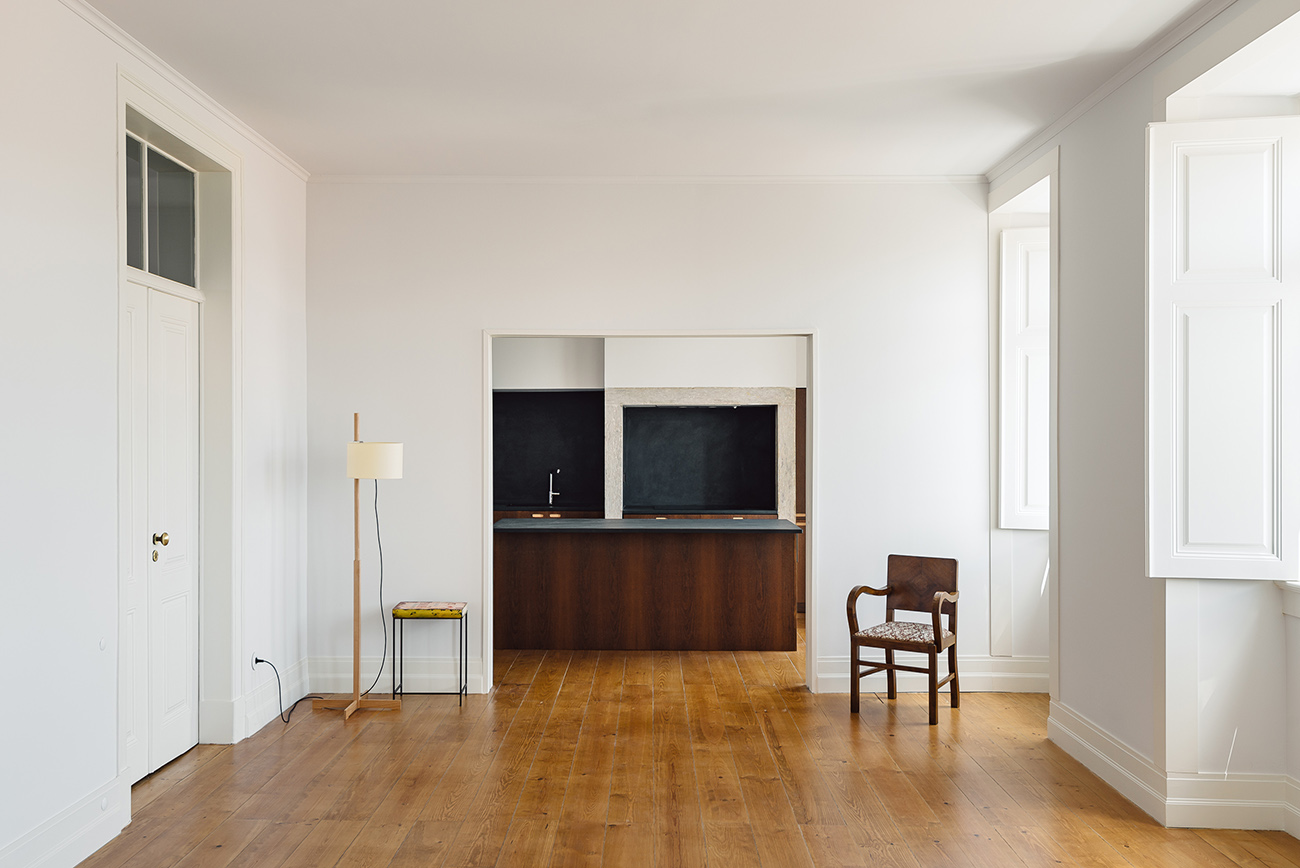 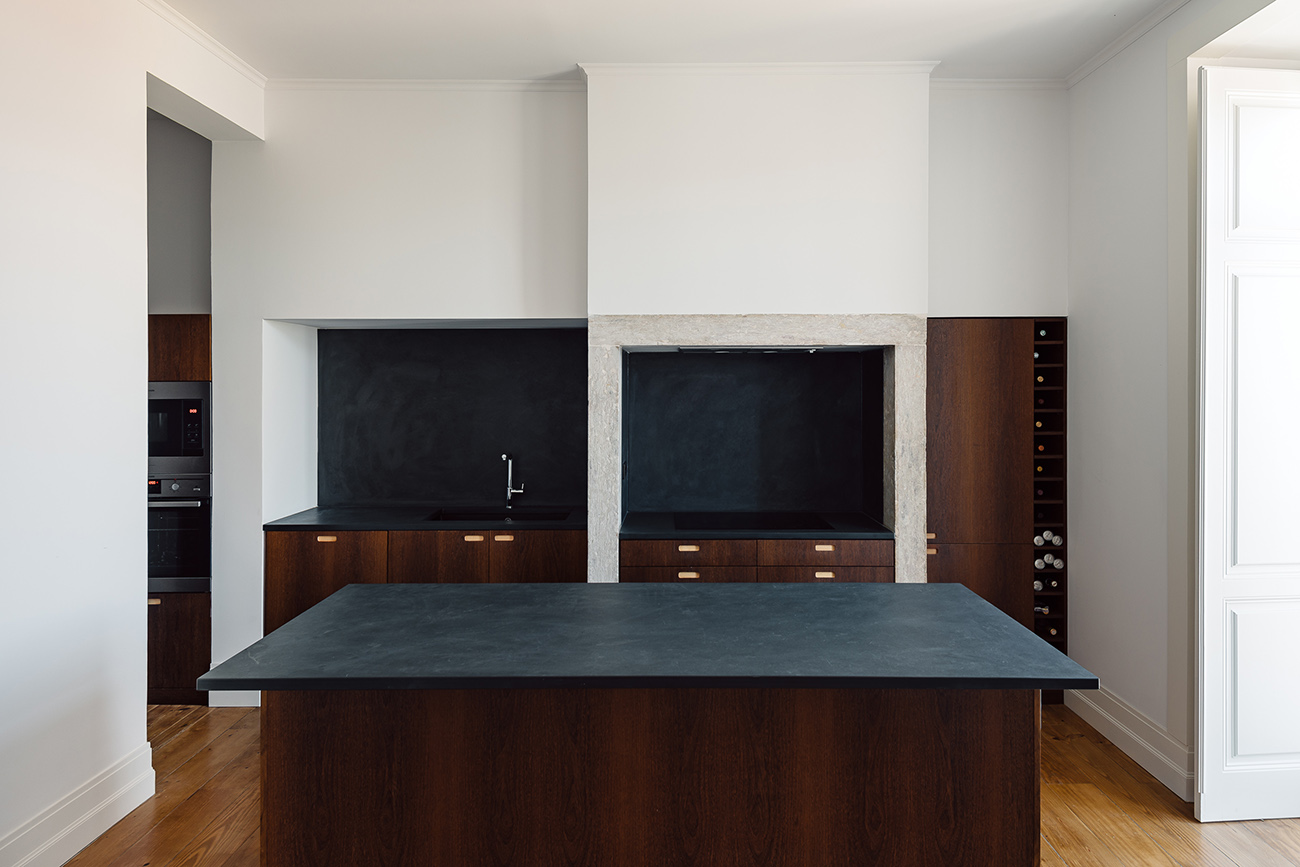 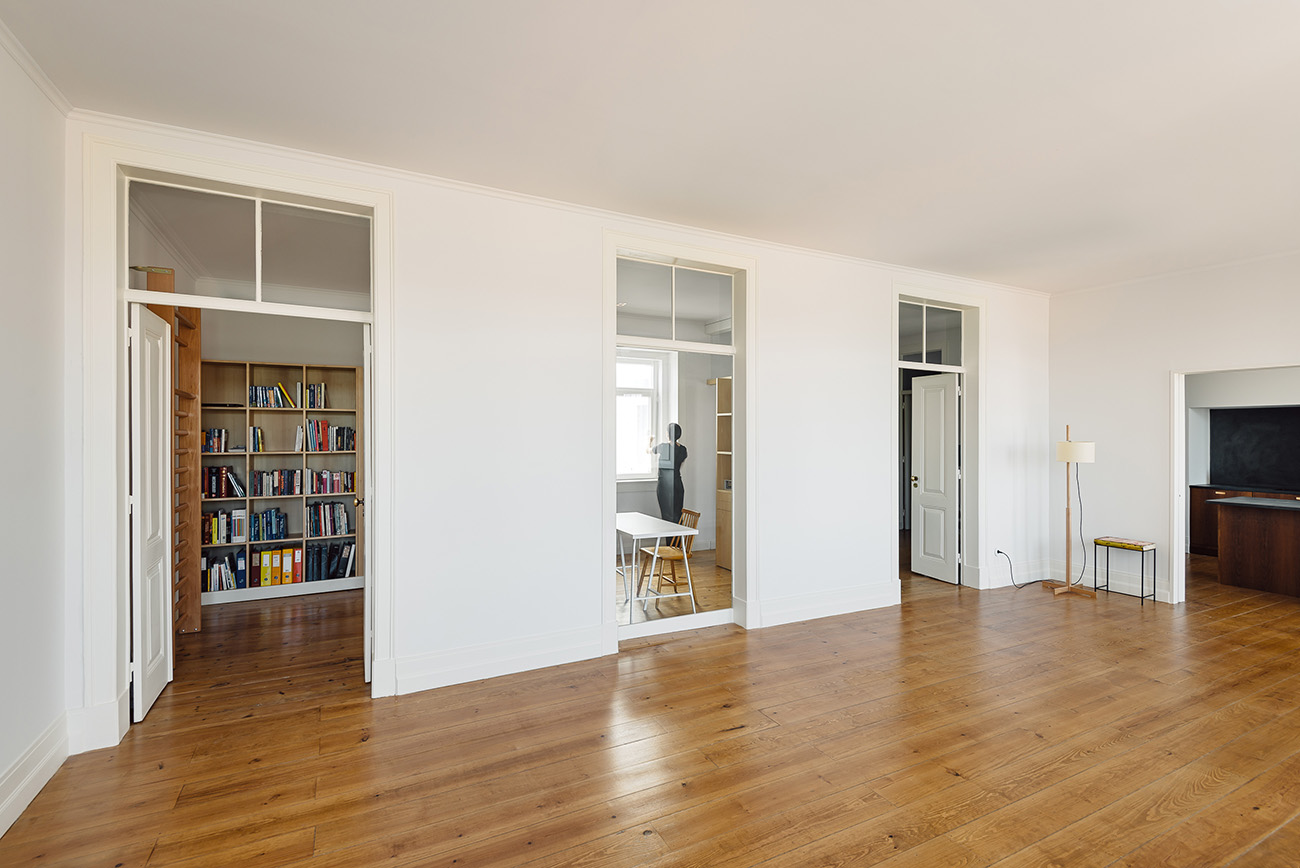 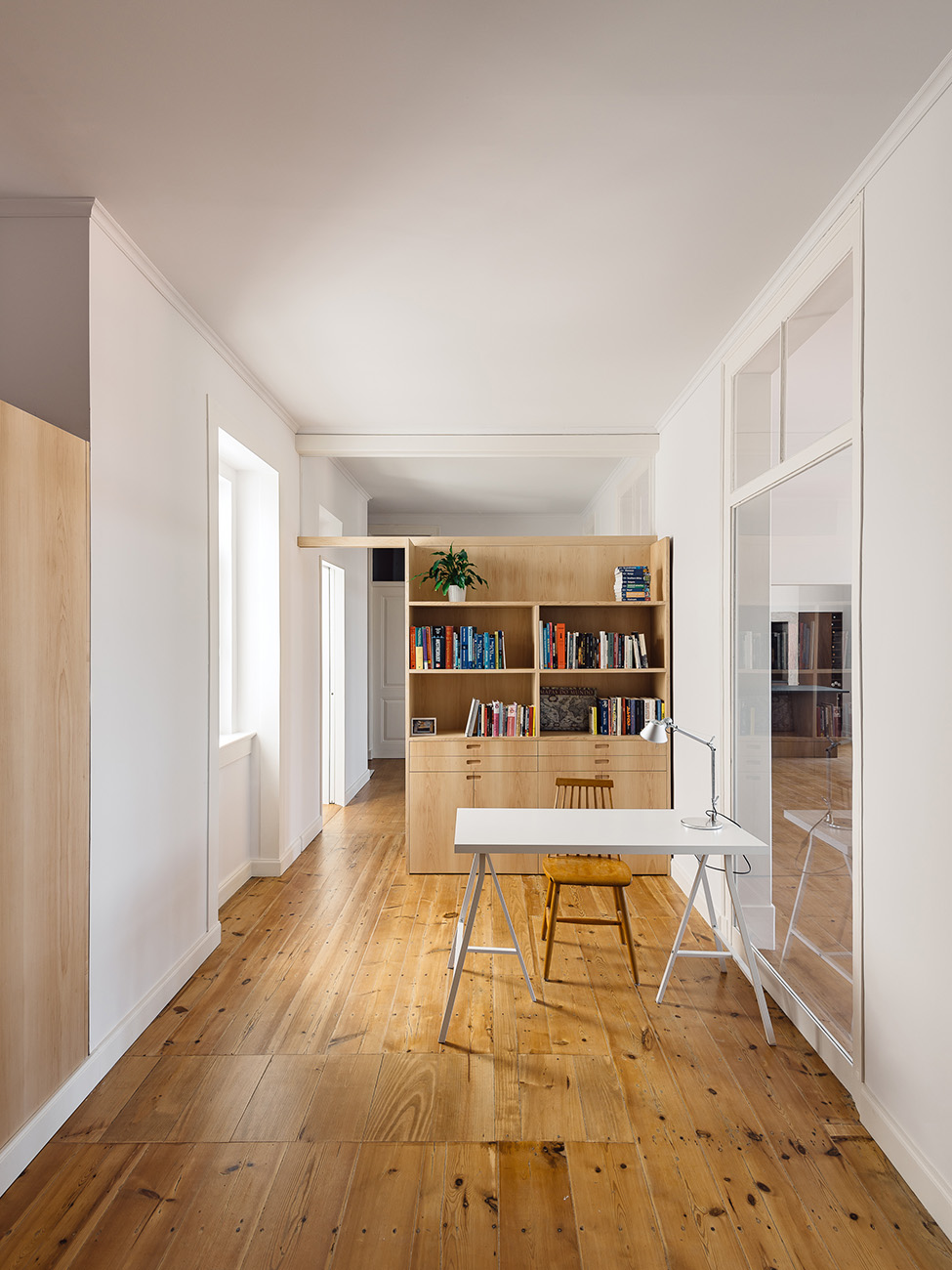 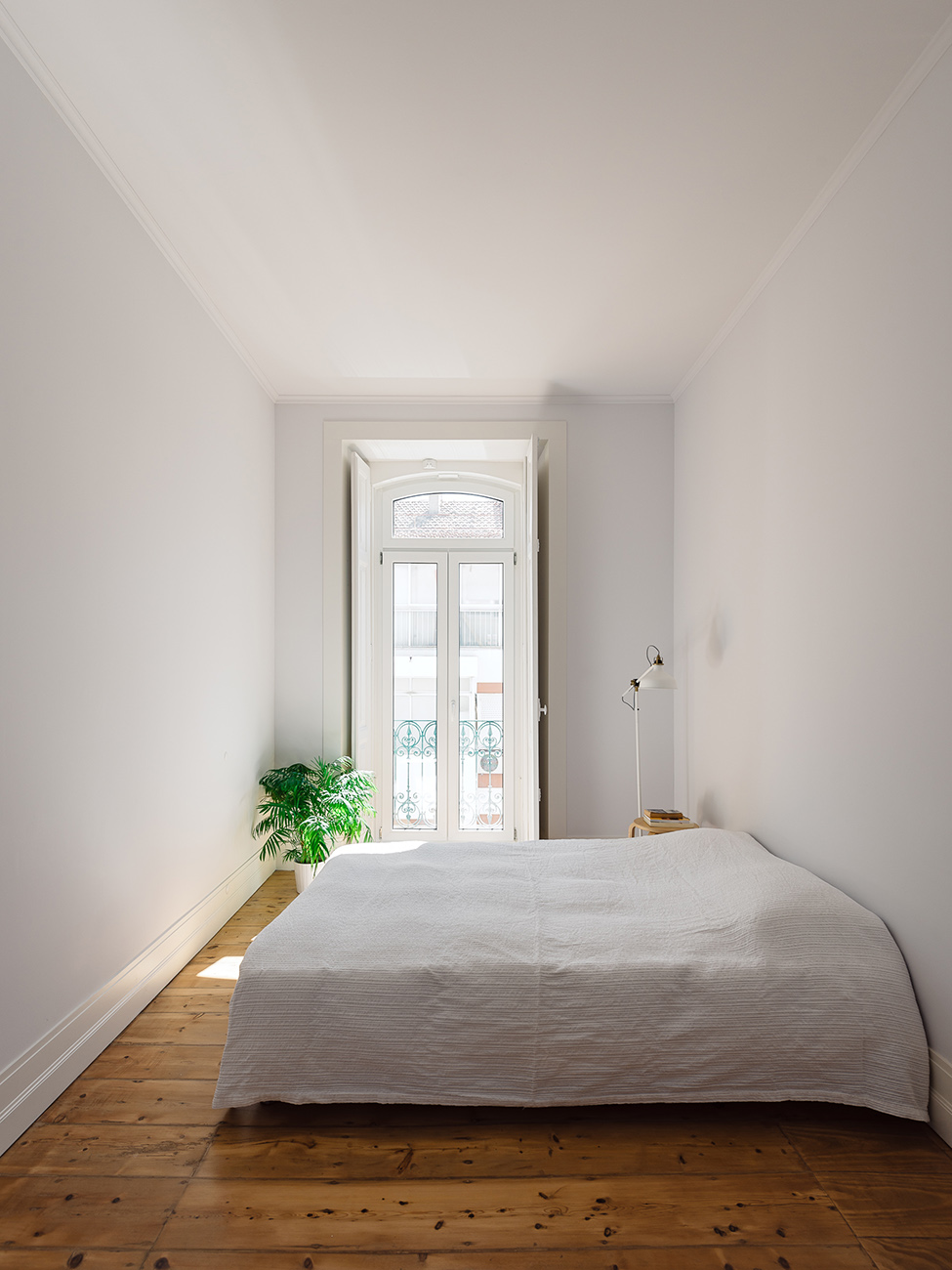 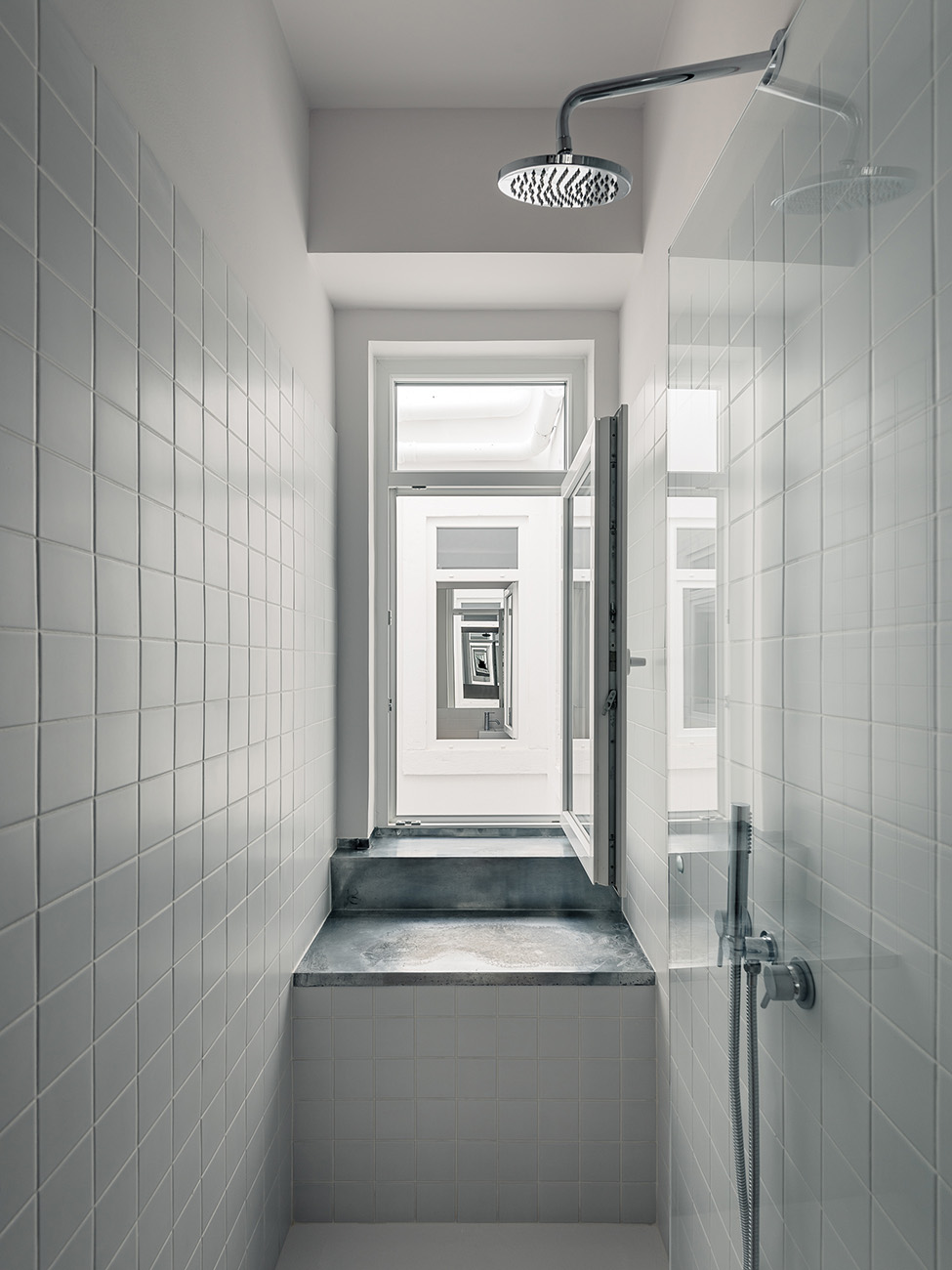 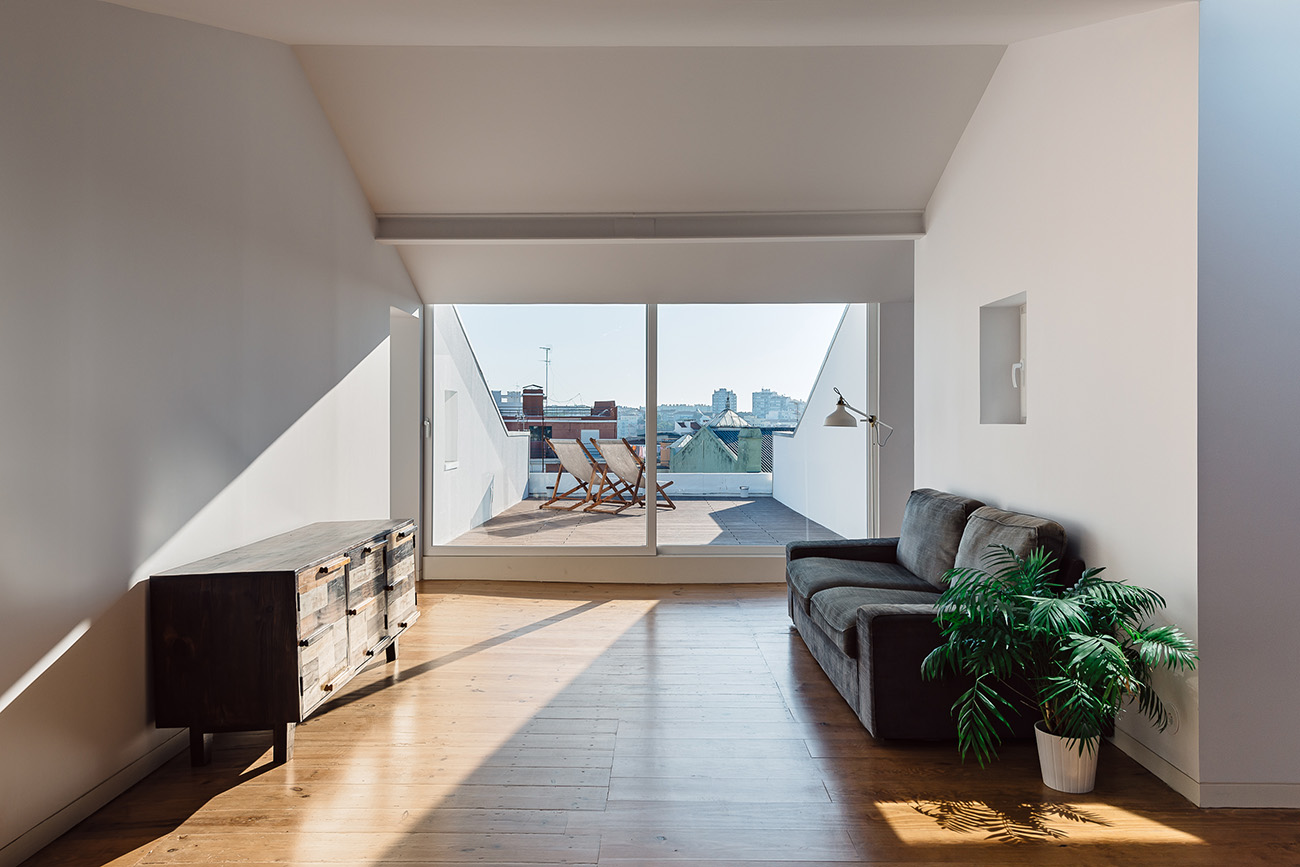 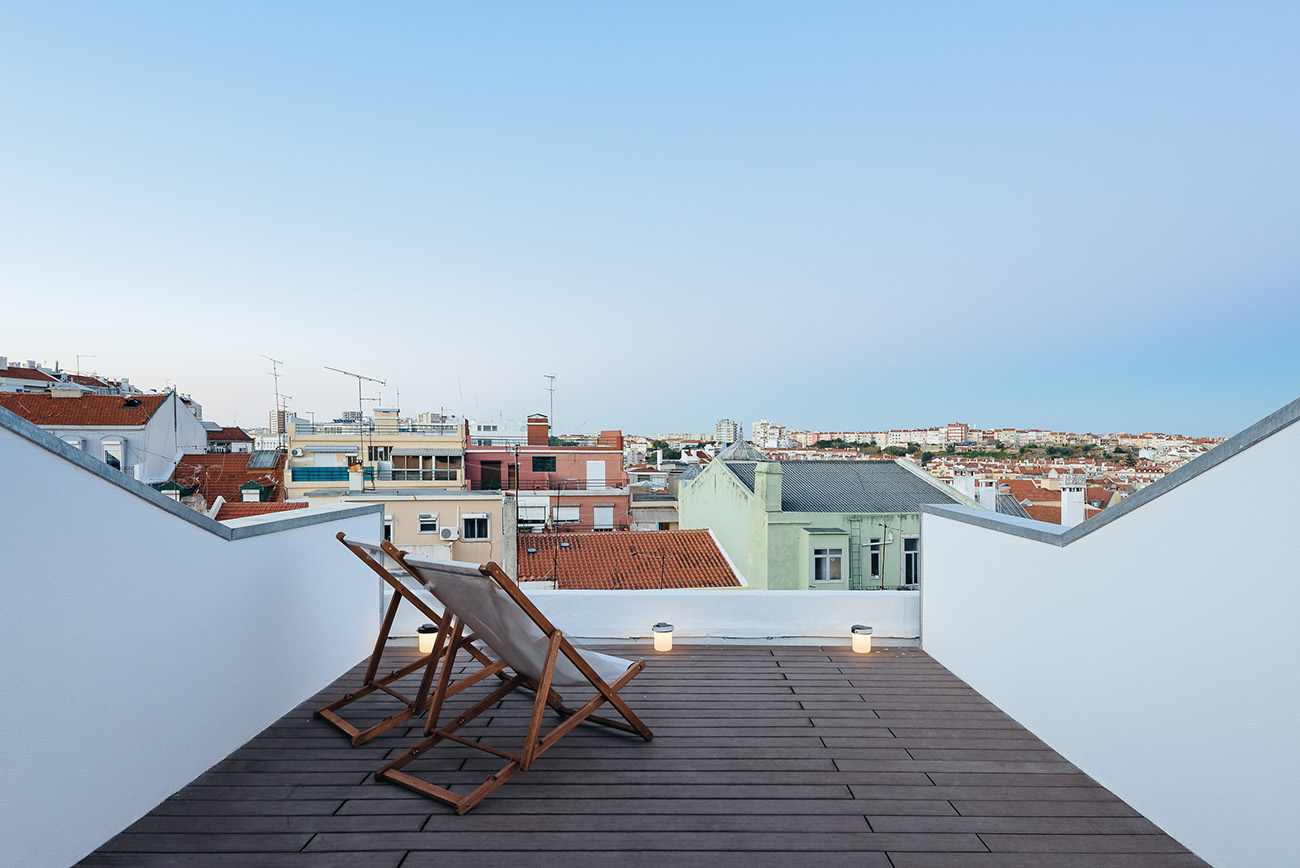 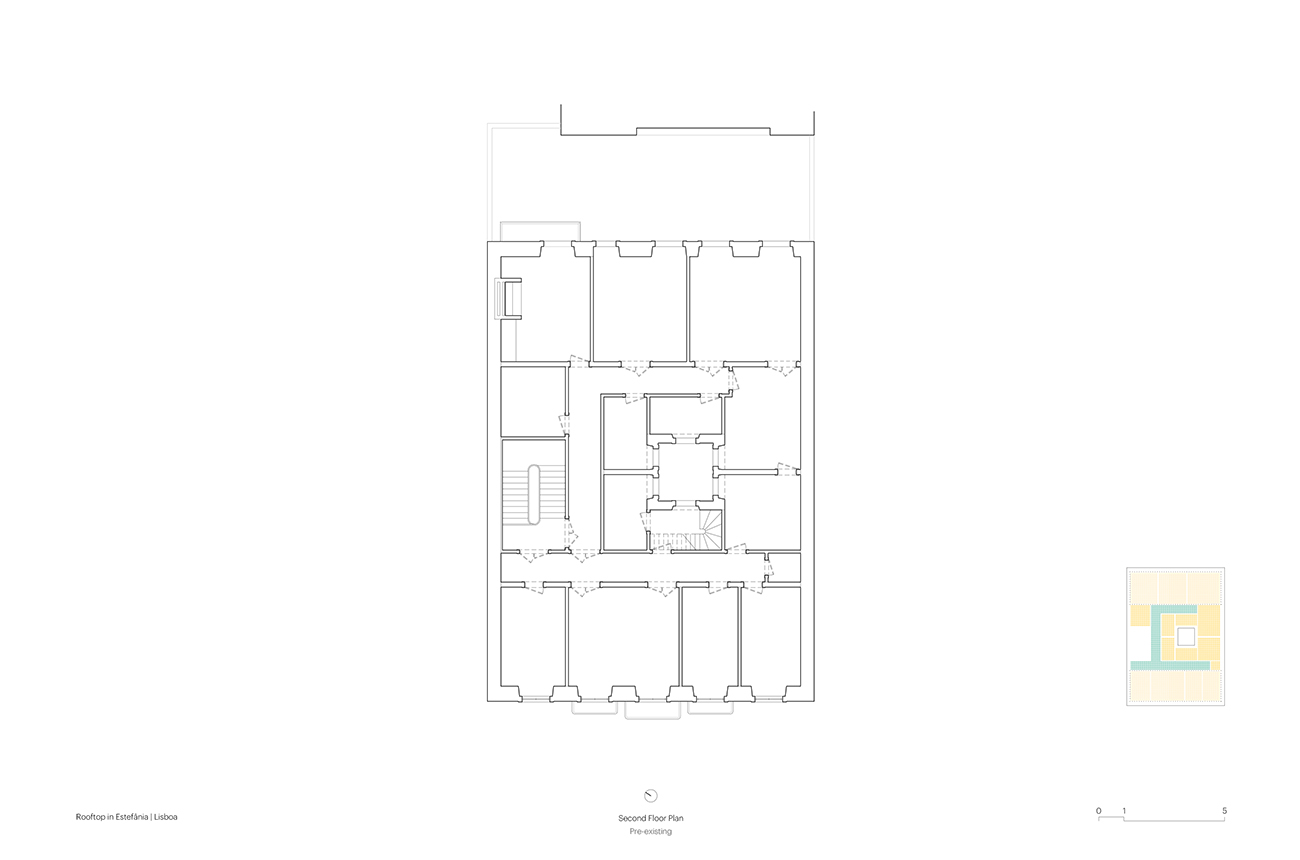 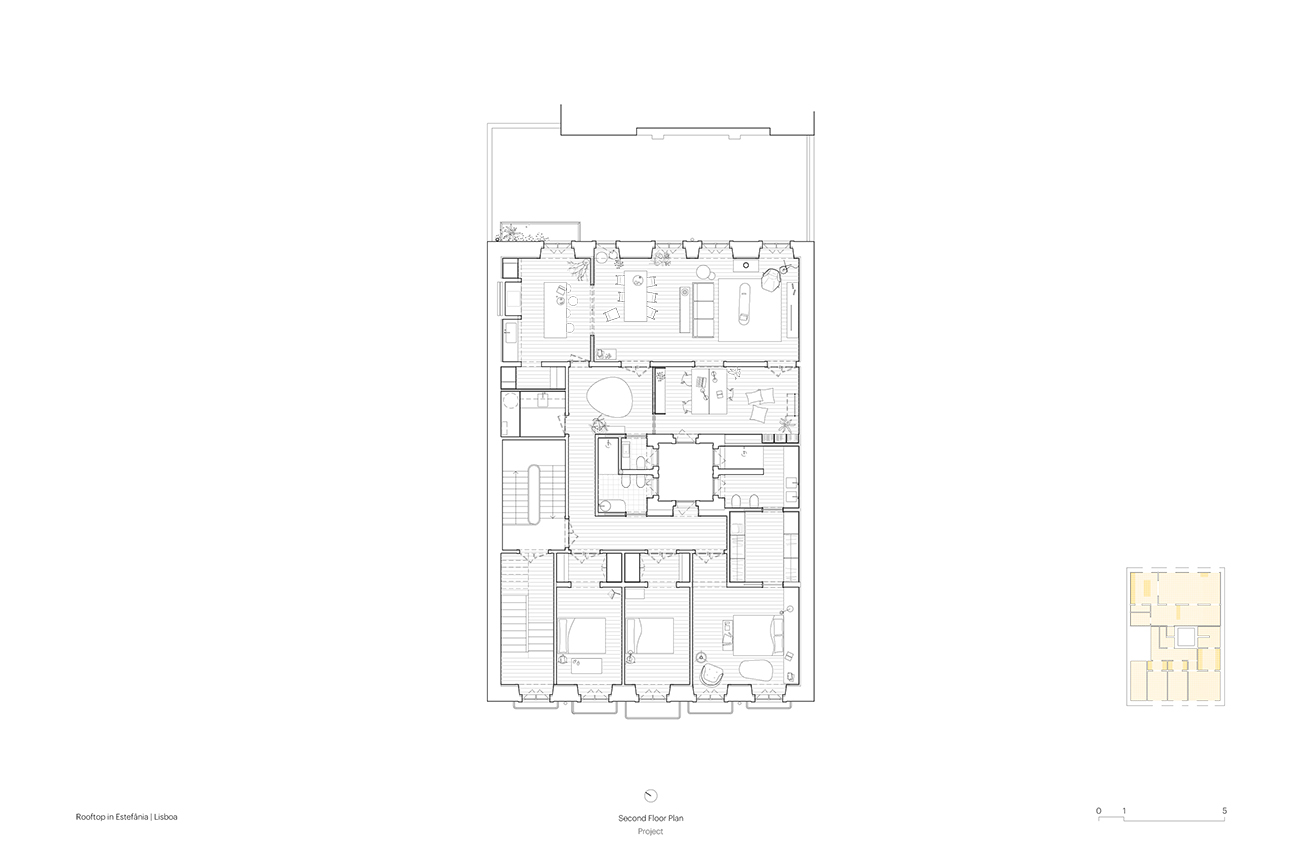 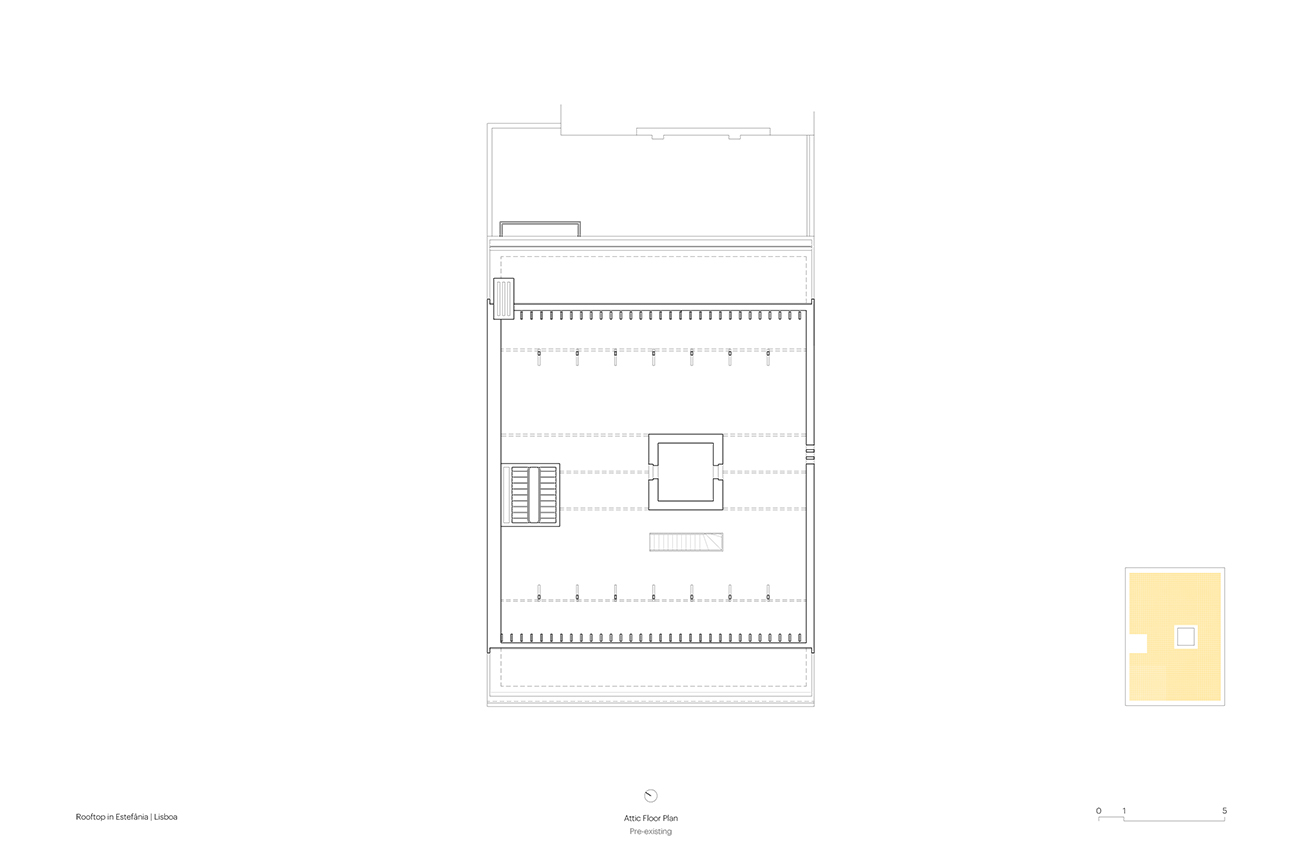 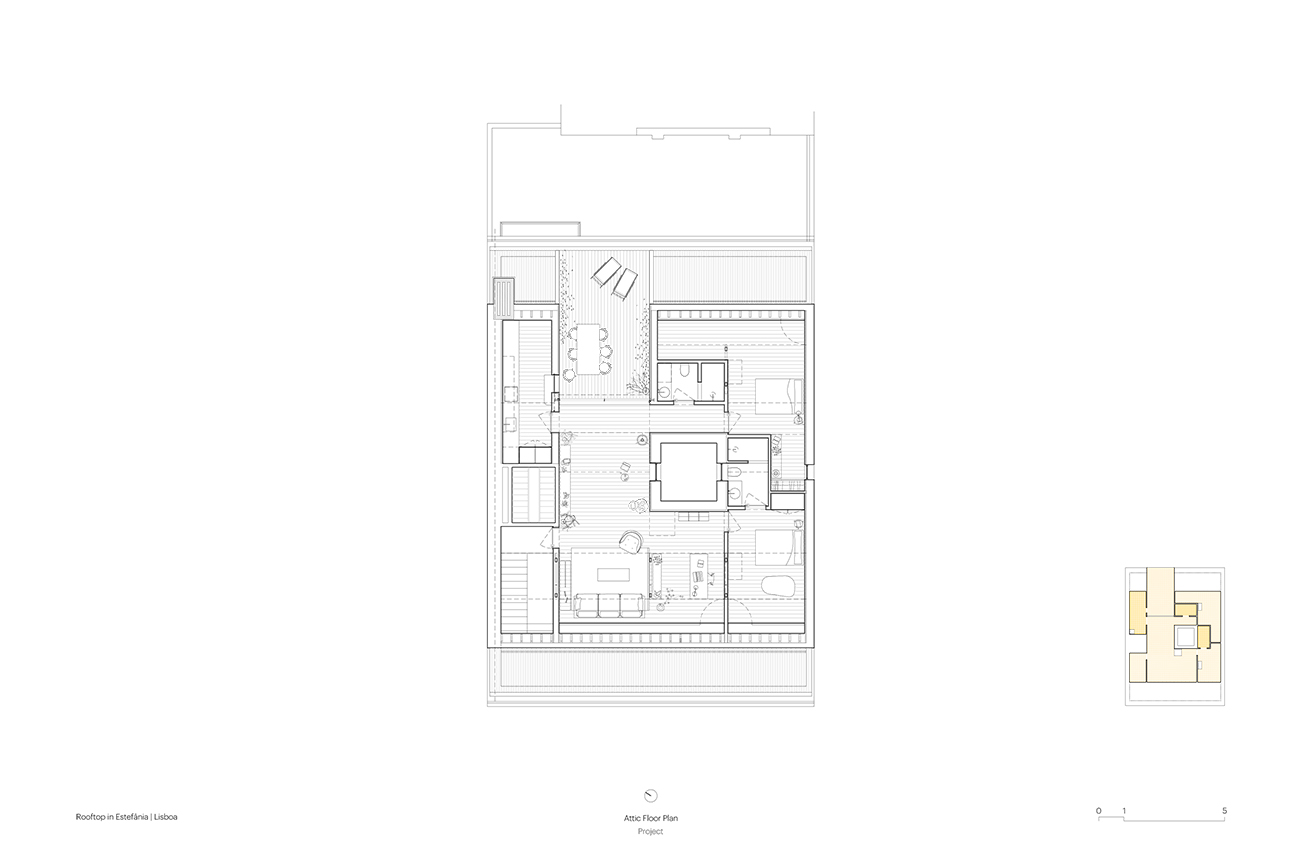 Two wishes coexist in the future inhabitants of the house, retaining the character and nobility that naturally radiate form the bourgeois Portuguese house and meeting the present practical needs.
In addition to the woodwork, crafted frames or other characteristic elements, much of the essence lies in the proportions: the relations between windows and space, transitions between spaces through narrow doors, articulations that contain and suggest that "character" so appreciated in Portuguese homes from the first half of the 20th century.
As this one, many of the buildings in ‘post Pombalina ‘ Lisbon are organized in rooms along the facades and around a block courtyard, as a second source of natural light. This polarization of habitable spaces requires the existence of narrow and dark interior corridors, generating a highly divided set of small rooms.

The operation proposed for this house subverts this logic, changing the circulation to the center (block courtyard), with more spaciousness and natural light, and transforming the former corridor into antechambers that serve as small closets for each room. This operation allows the rooms to remain free of the need for storage, and its reduced dimensions turn into confortable spaces. On the opposite side of the courtyard, a similar operation transforms the corridor and small interior rooms into an office in permanent visual contact with the living room.
The result discovers new diagonal relations between spaces, increasing the feeling of spaciousness, always getting natural light from more than one direction. Still, the original proportions of the space, its character is present in the new more free and open distribution.

The rooftop, a dark and diaphanous junk room of the original building is reorganized into a new practical and bright apartment. The spaciousness of the new living space is enhanced by the introduction of a patio that takes advantage of panoramic views of the city.