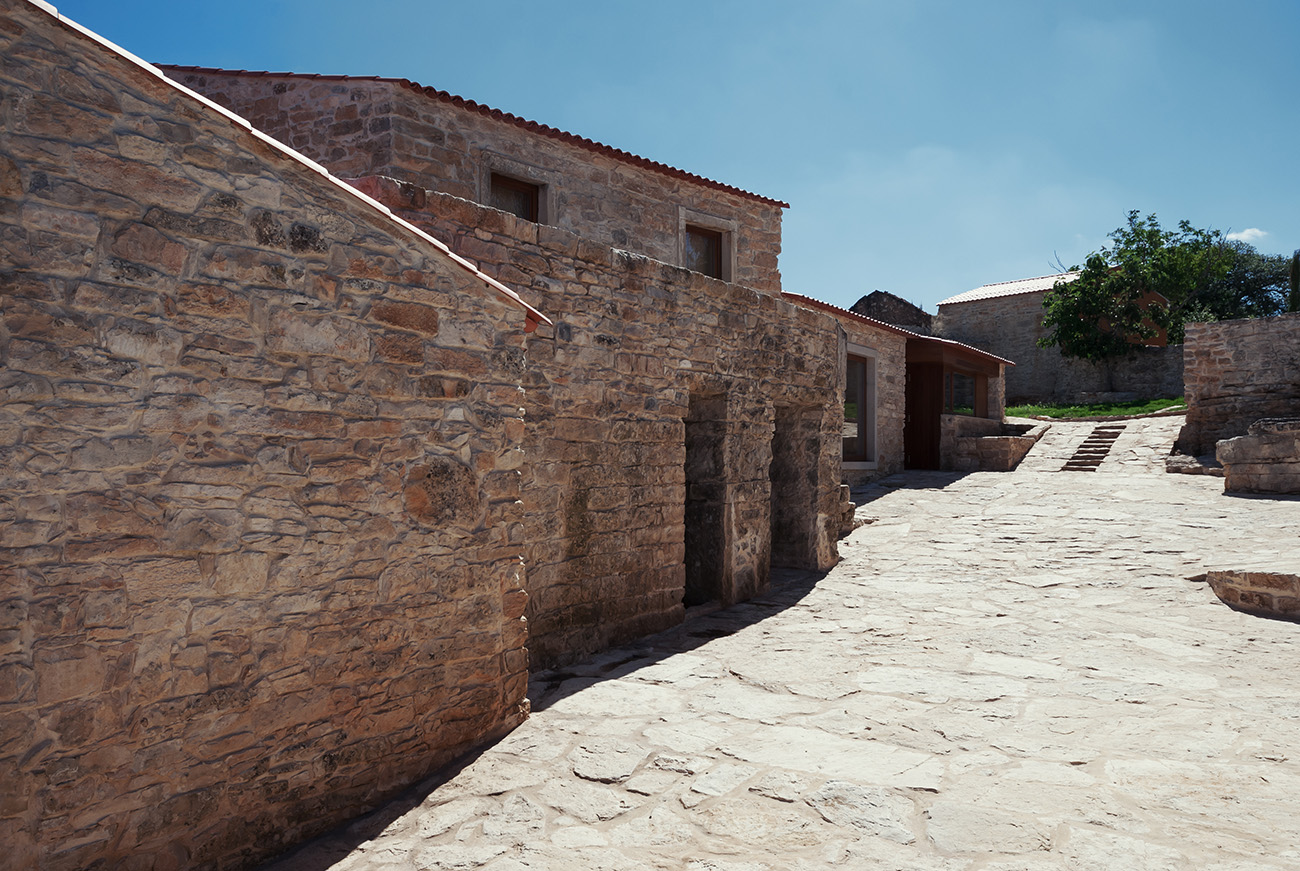 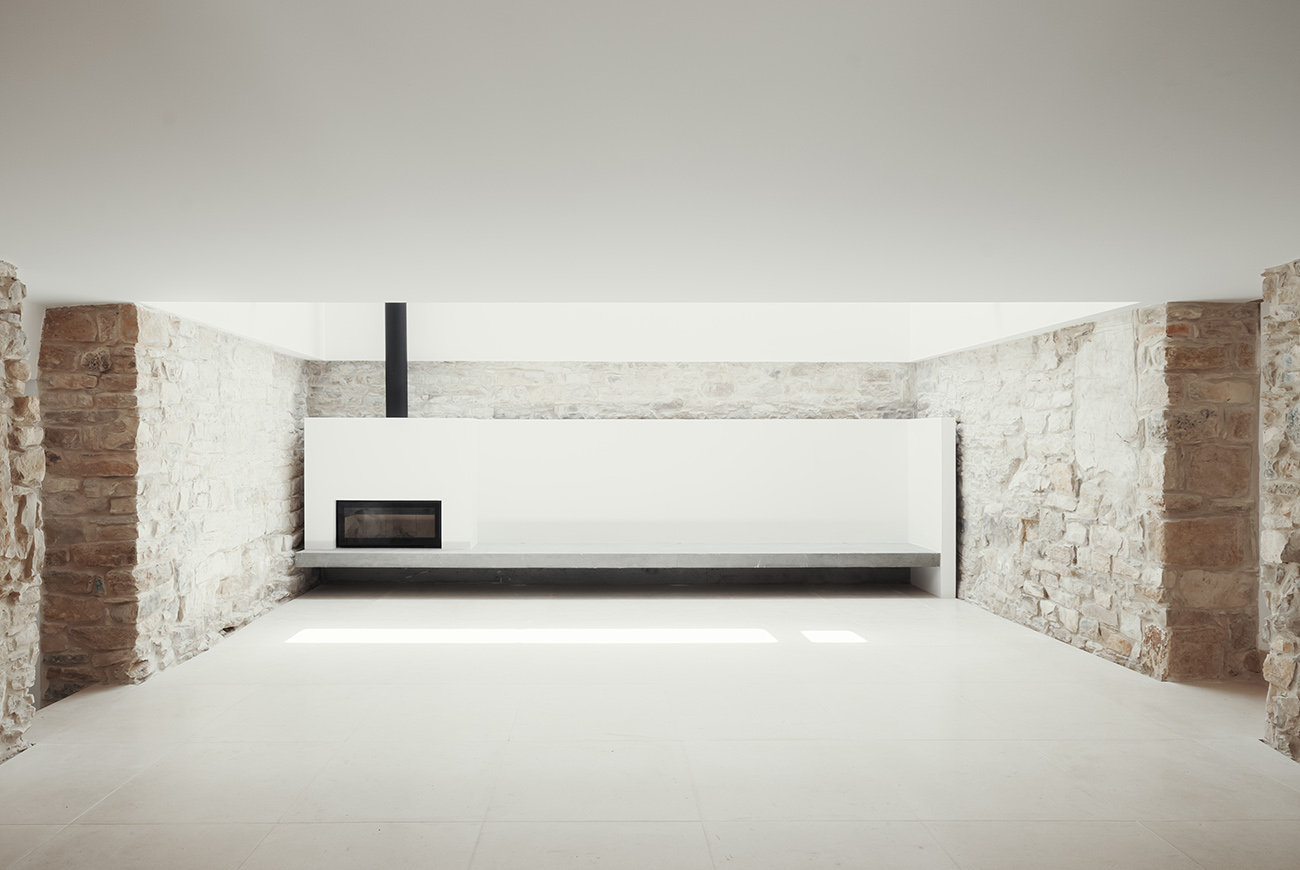 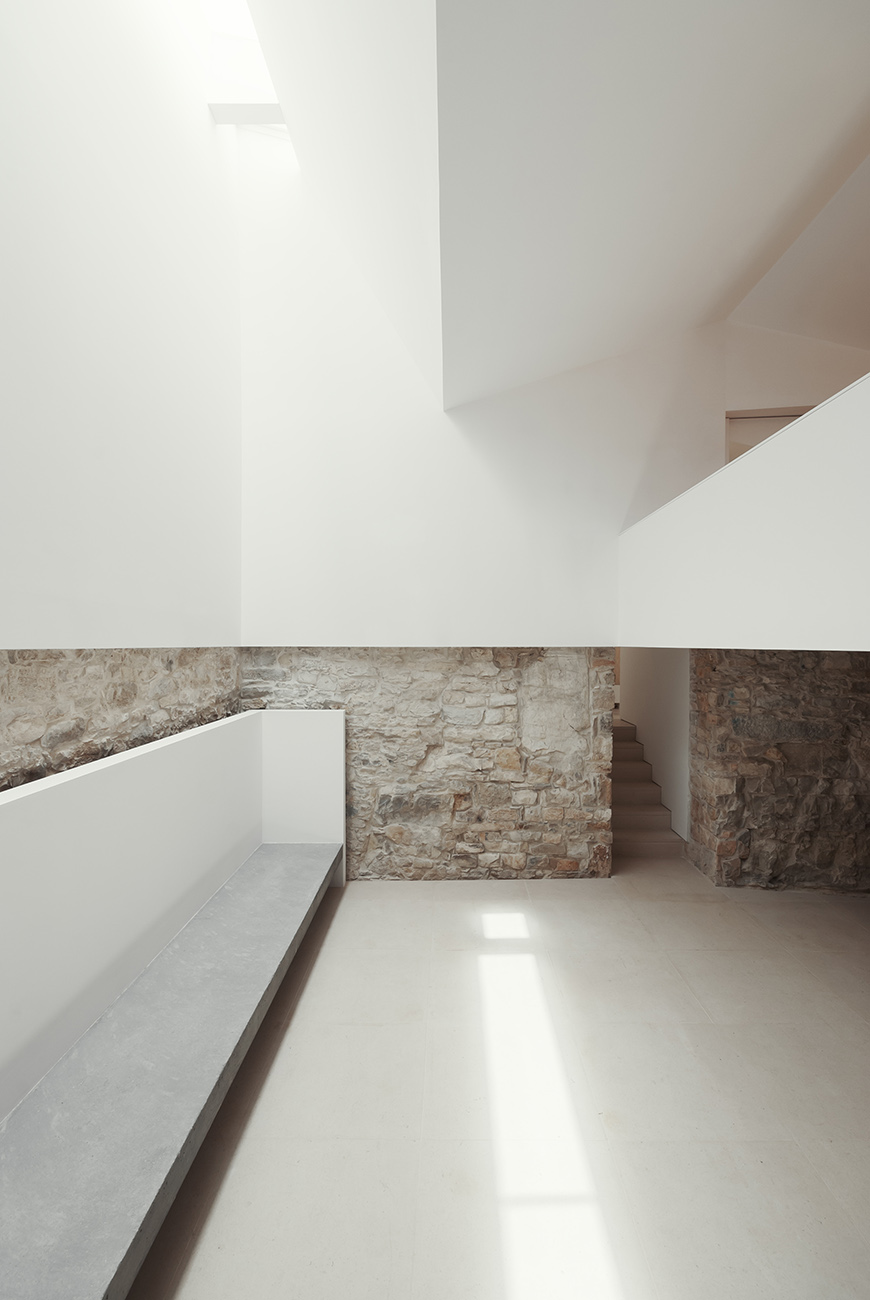 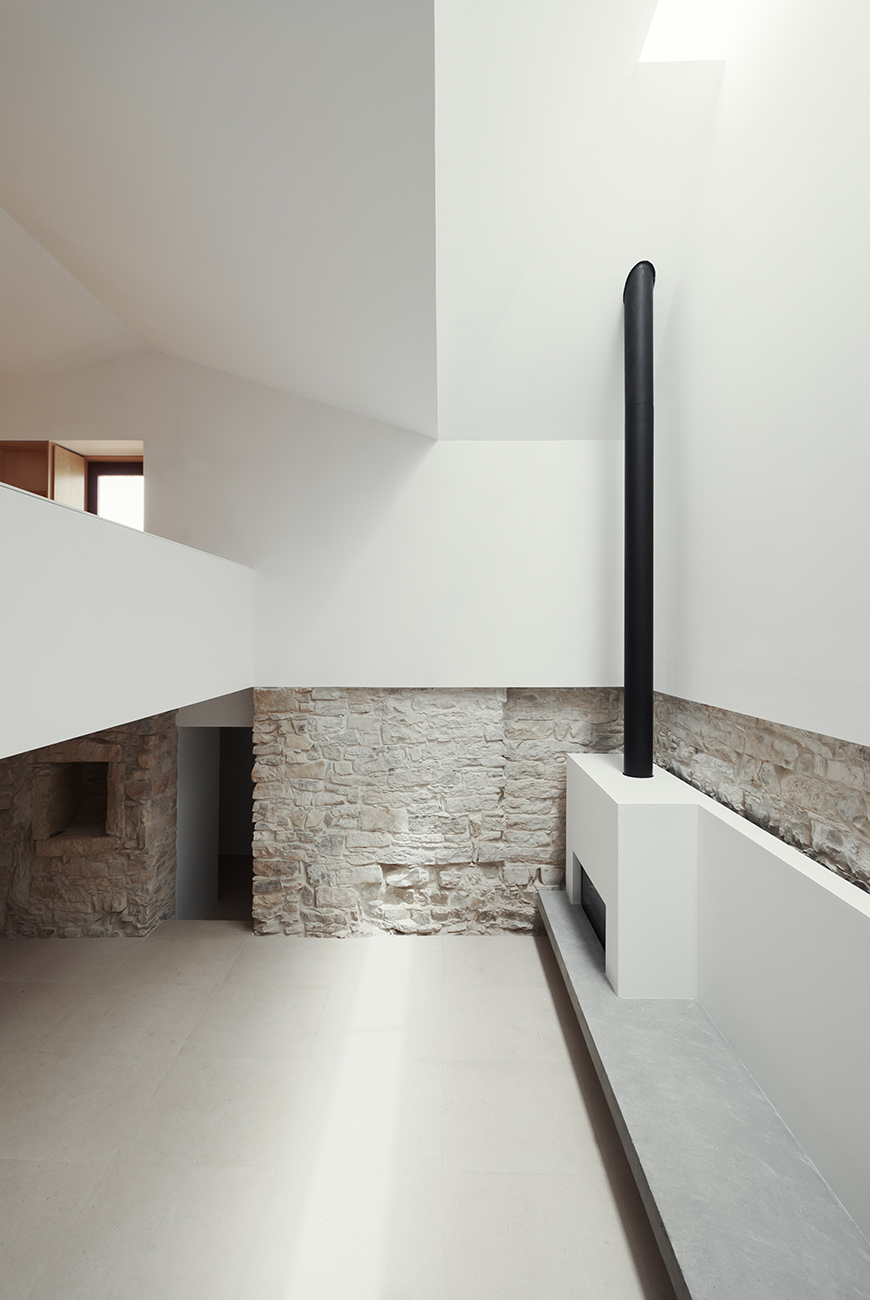 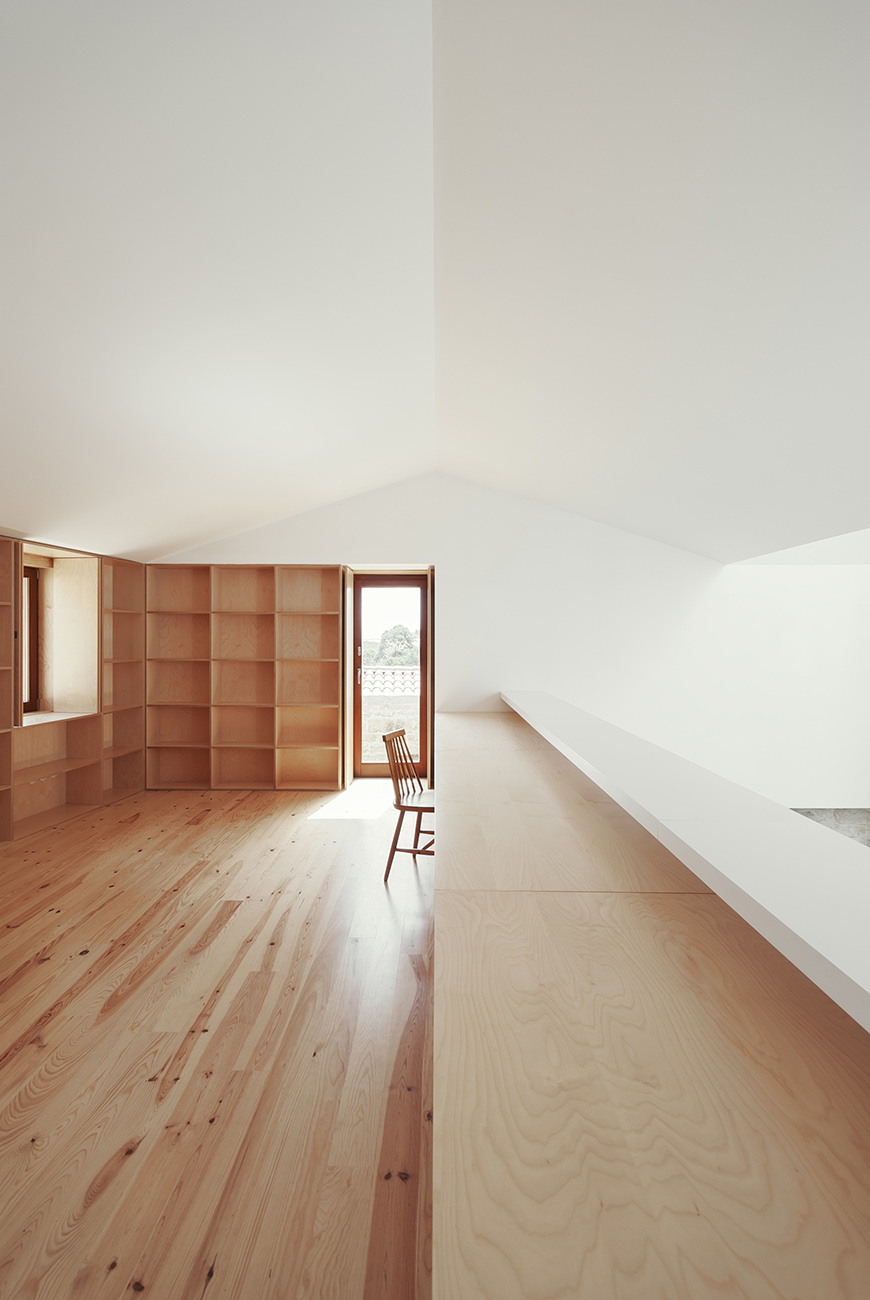 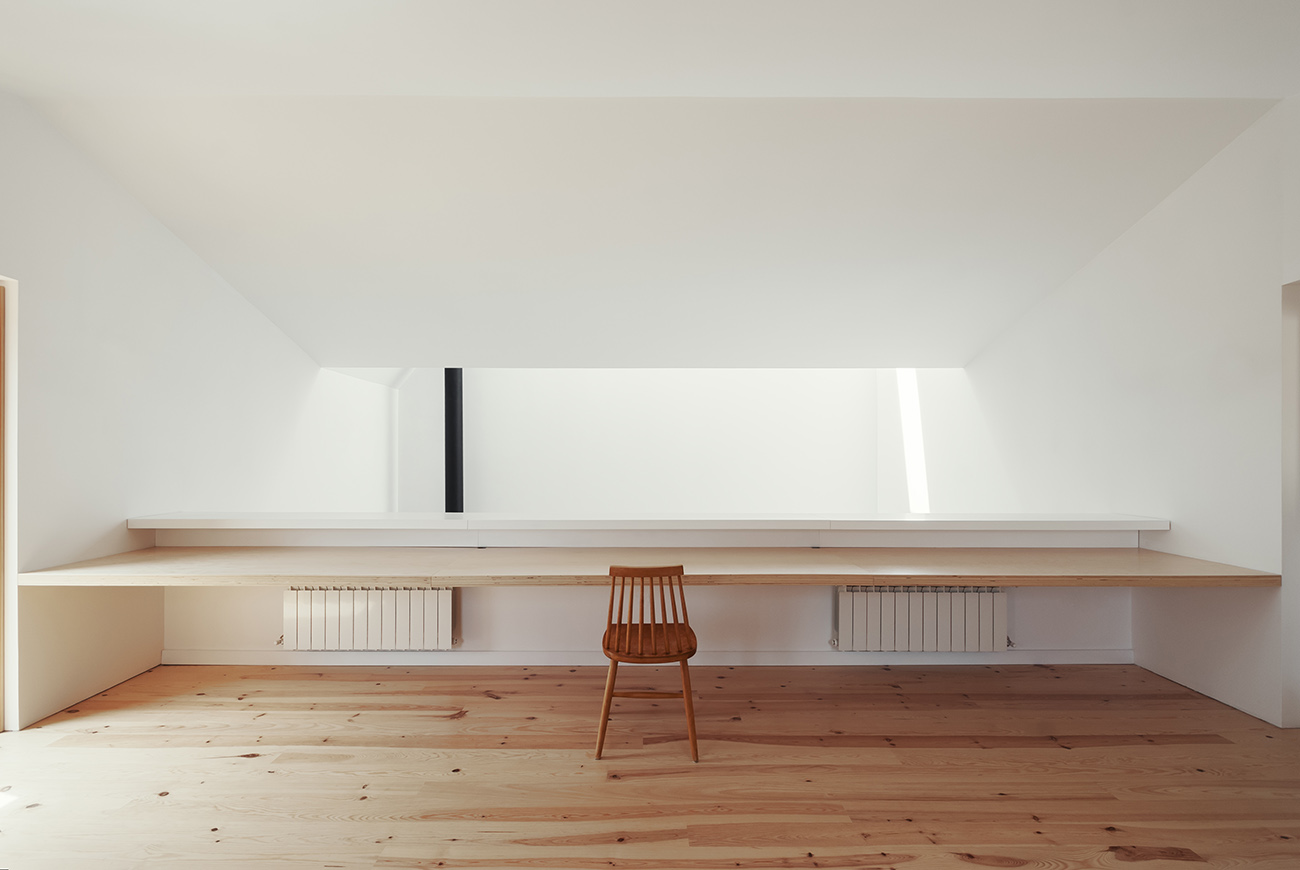 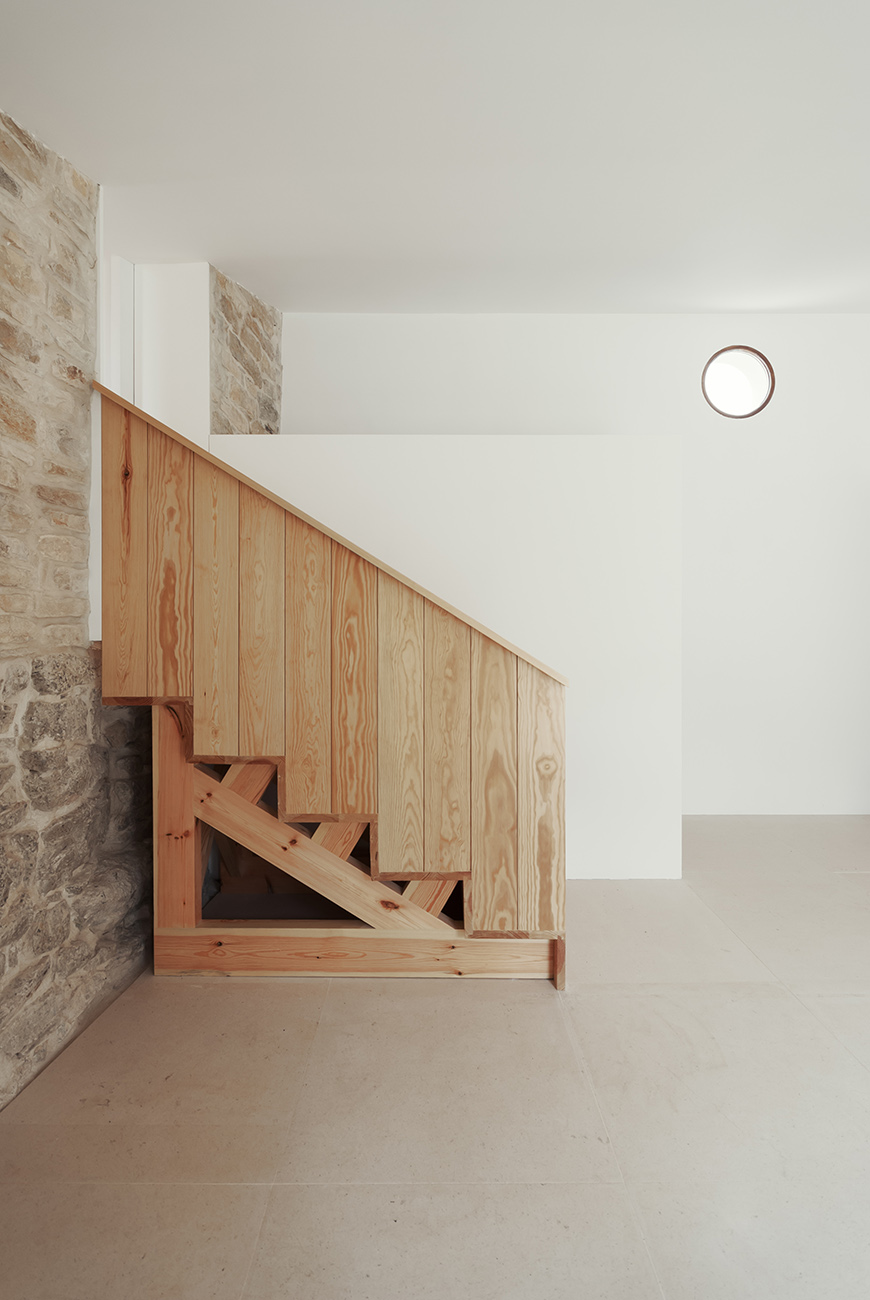 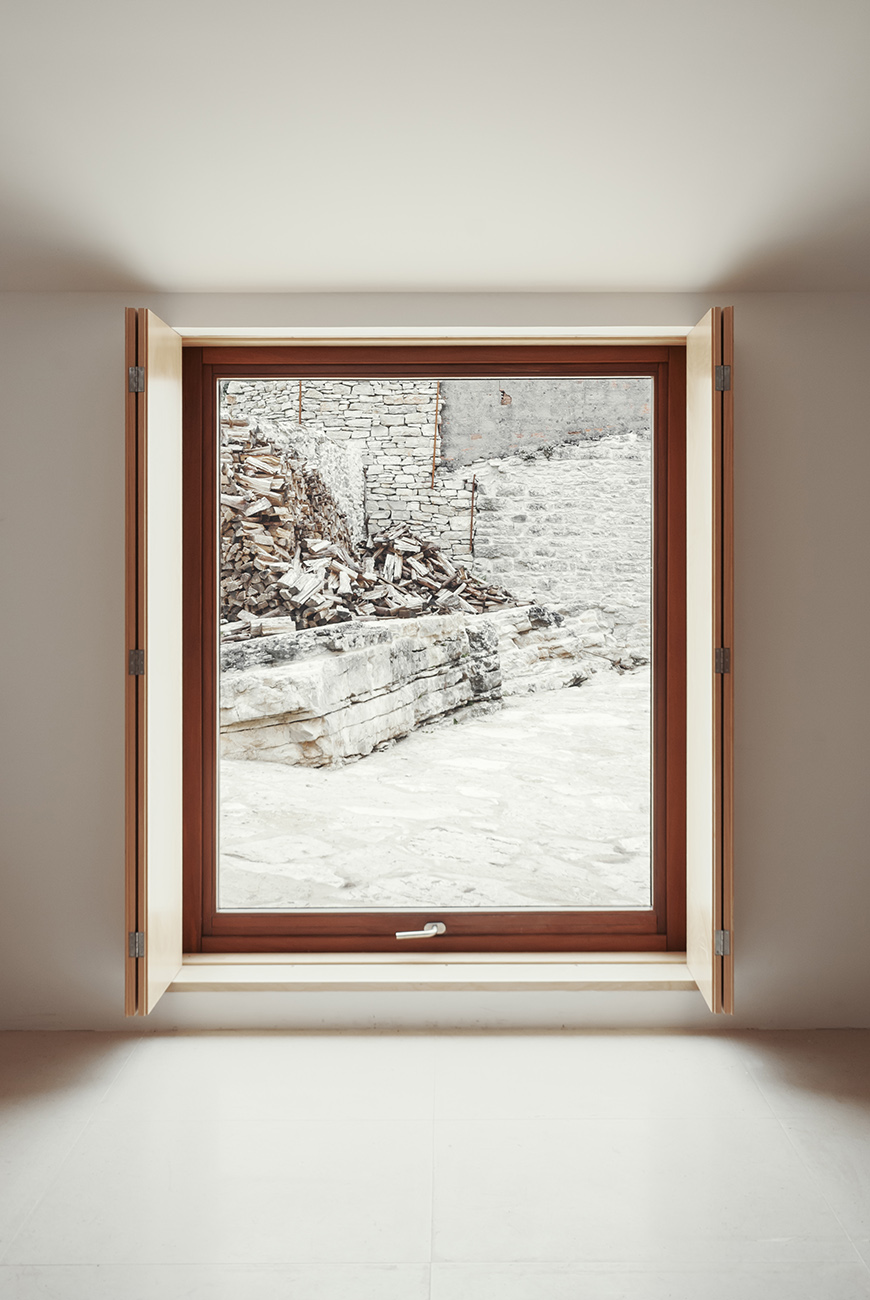 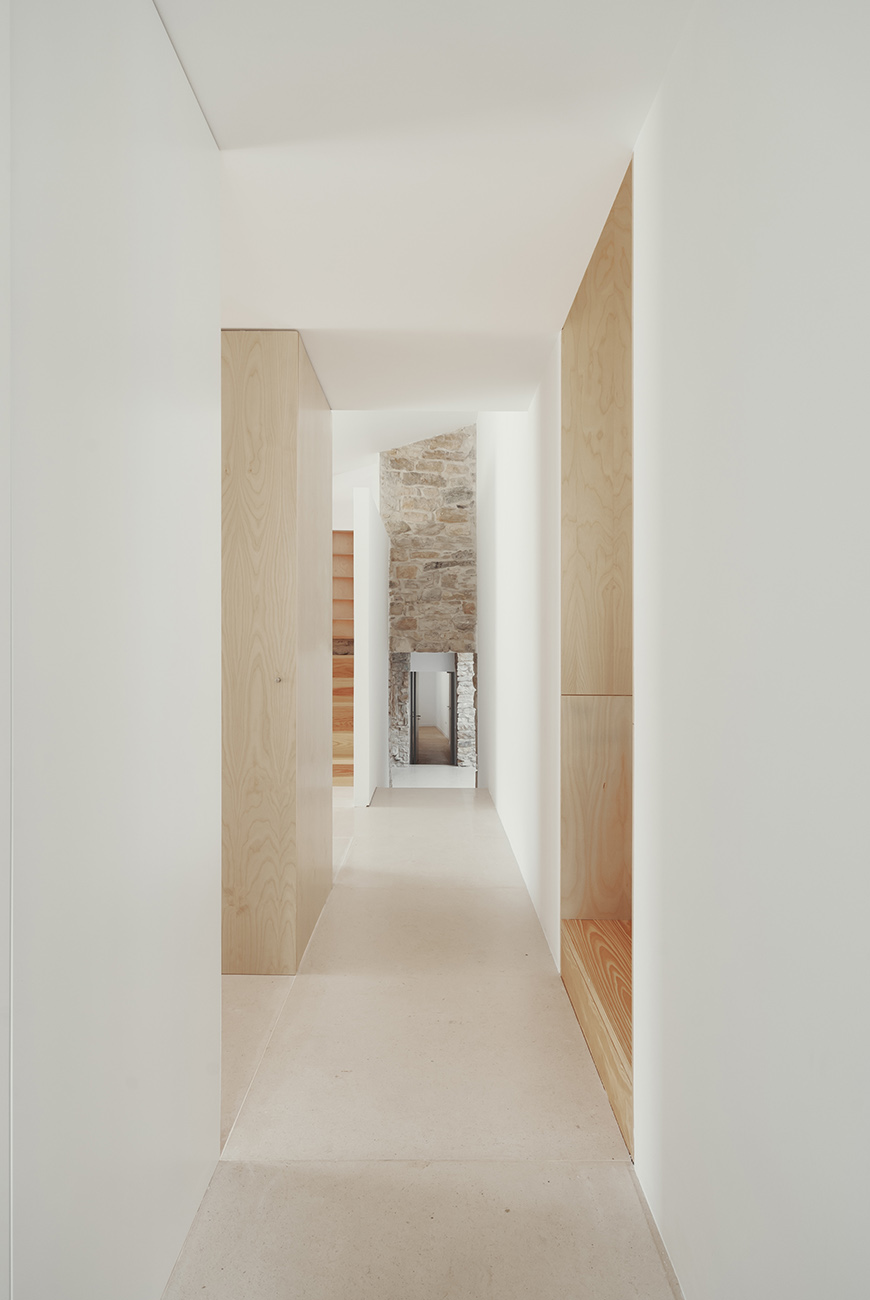 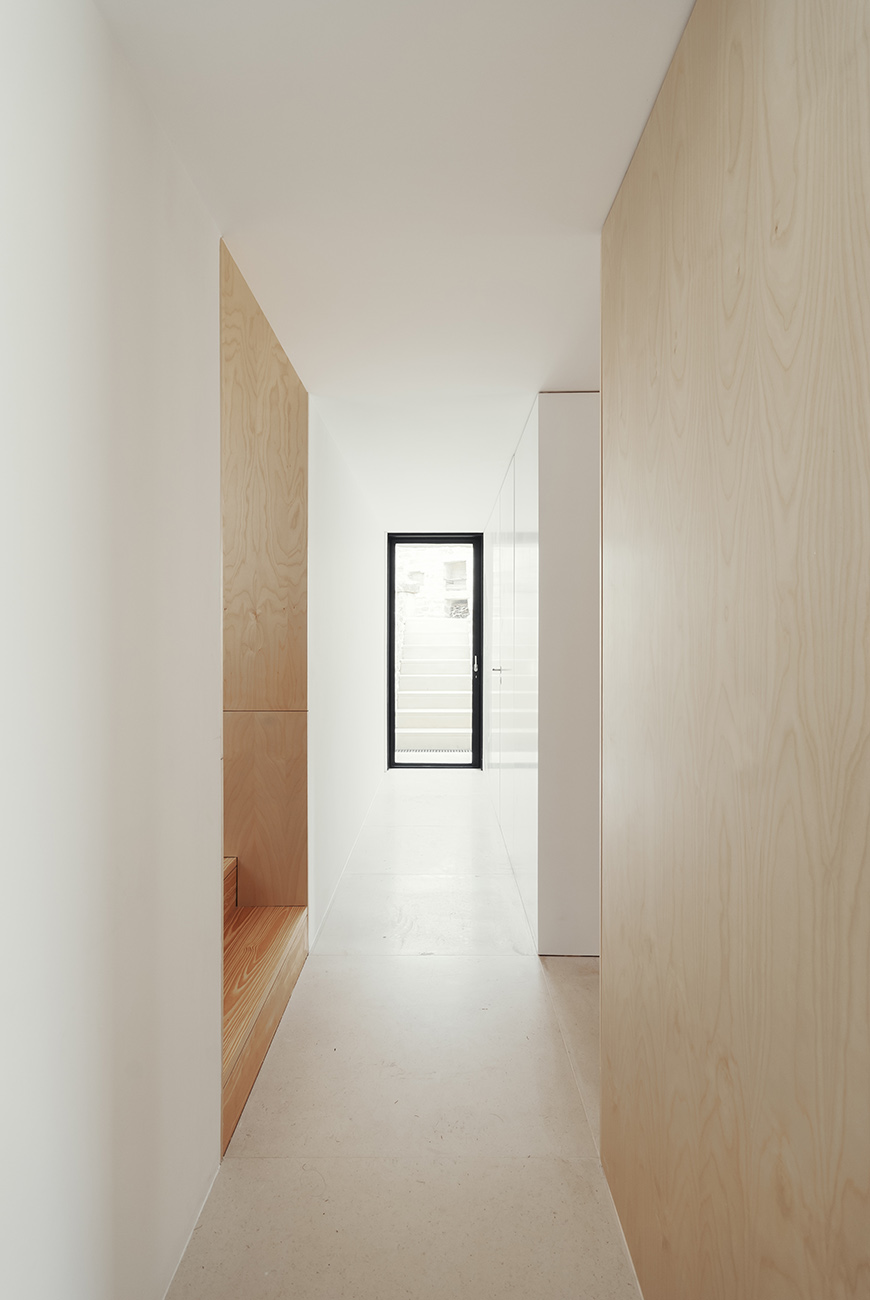 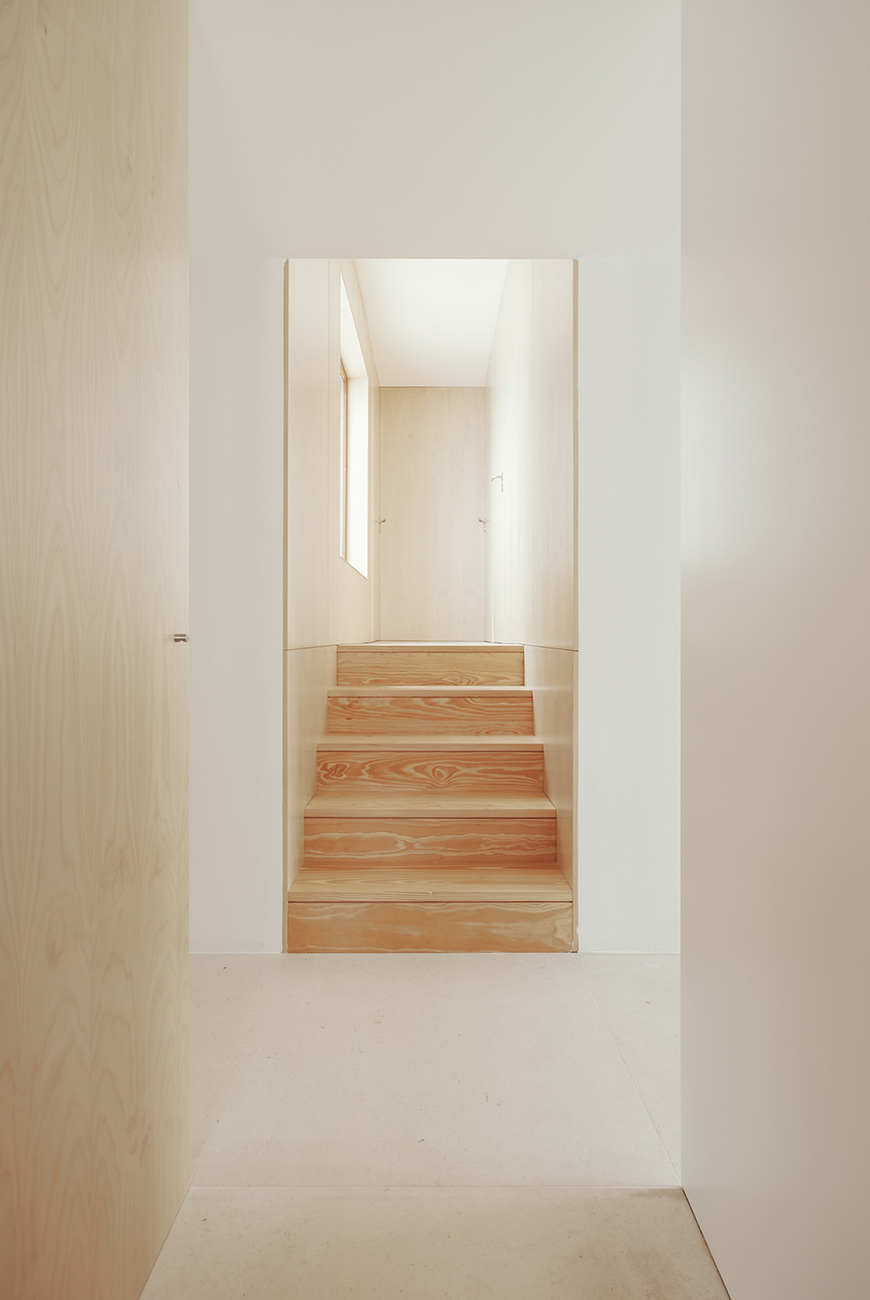 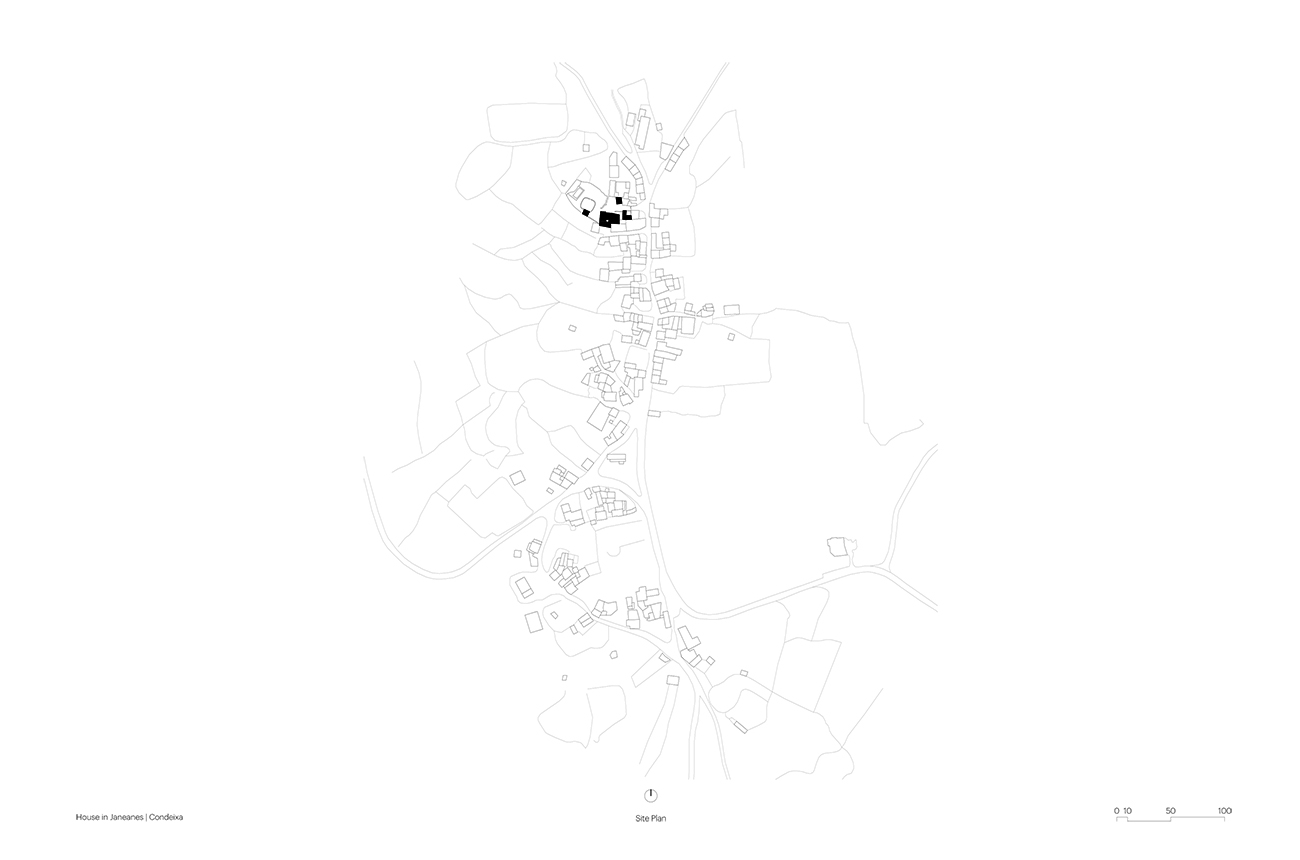 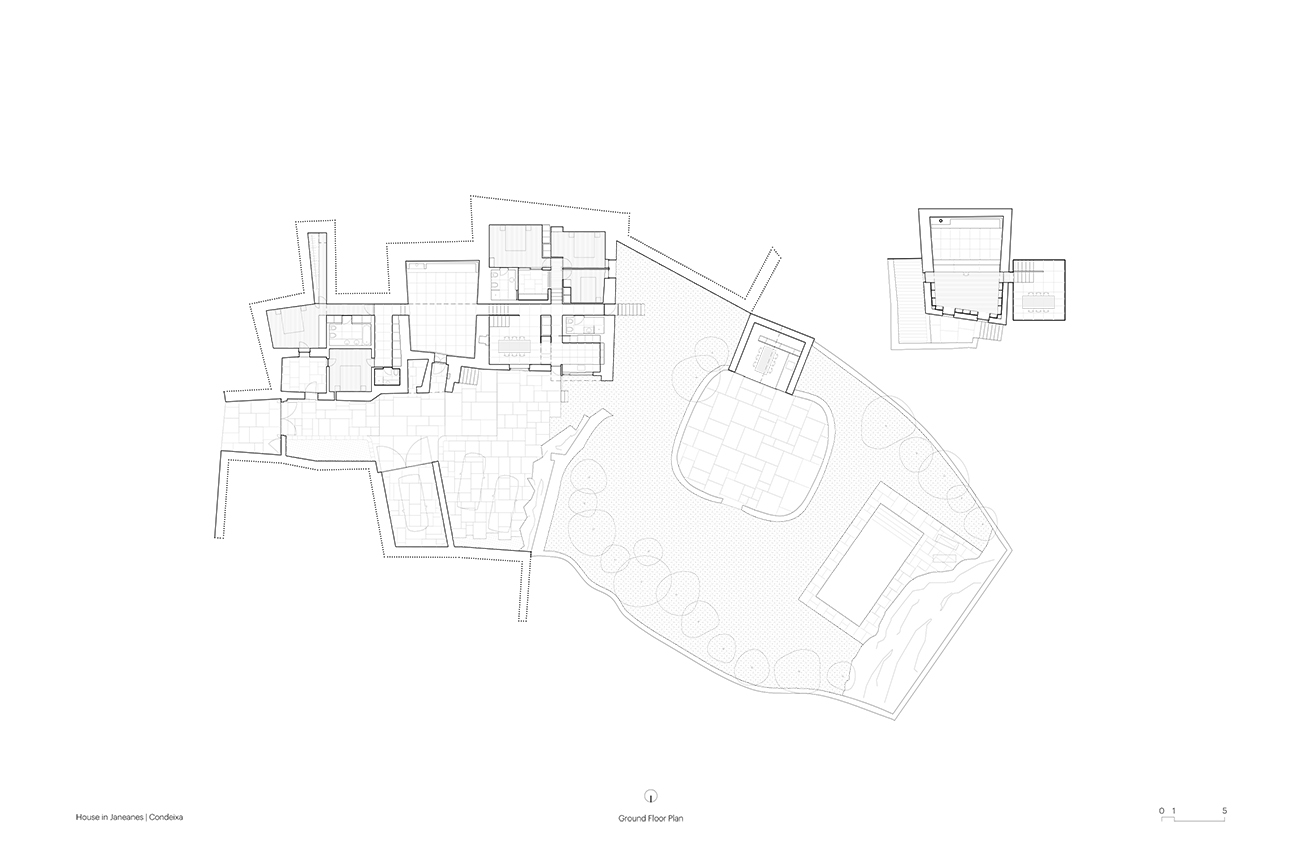 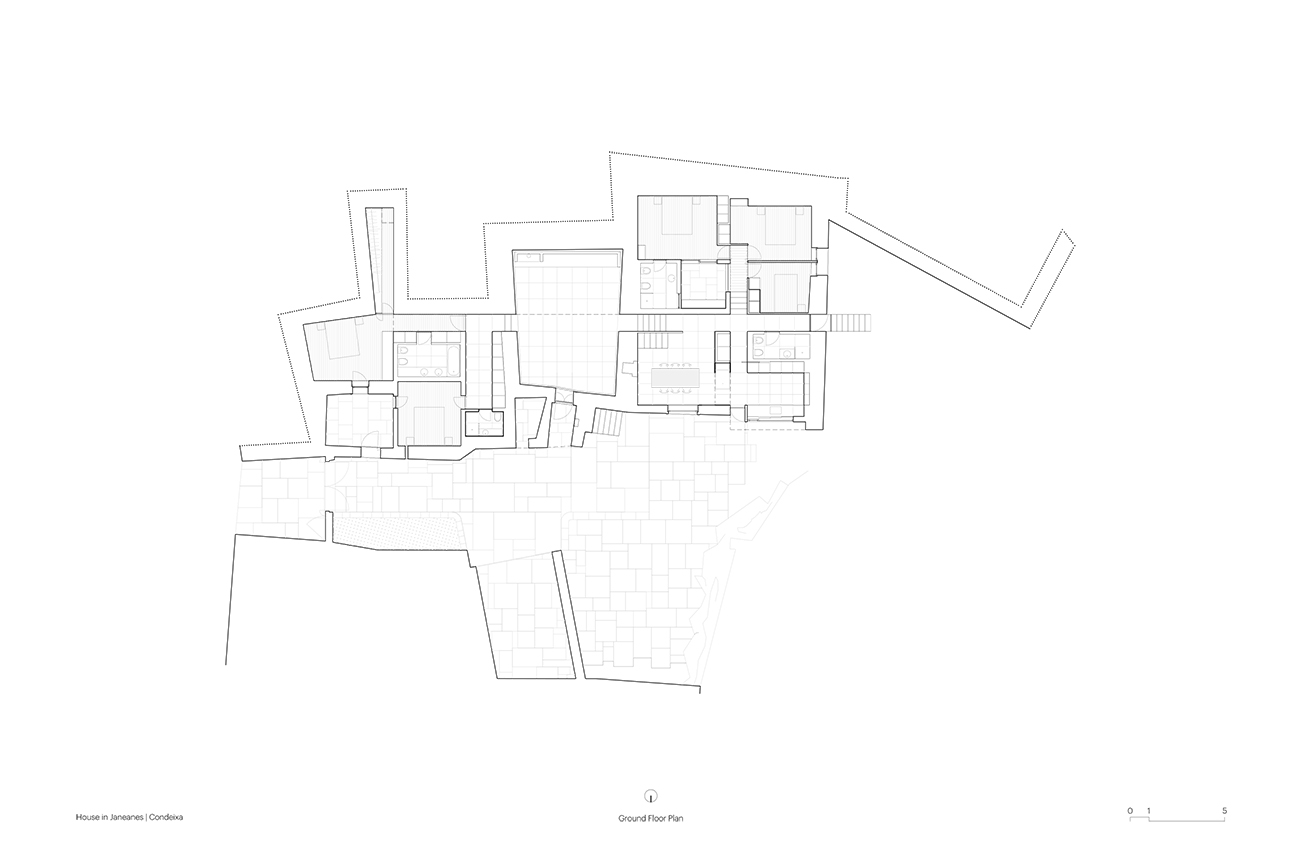 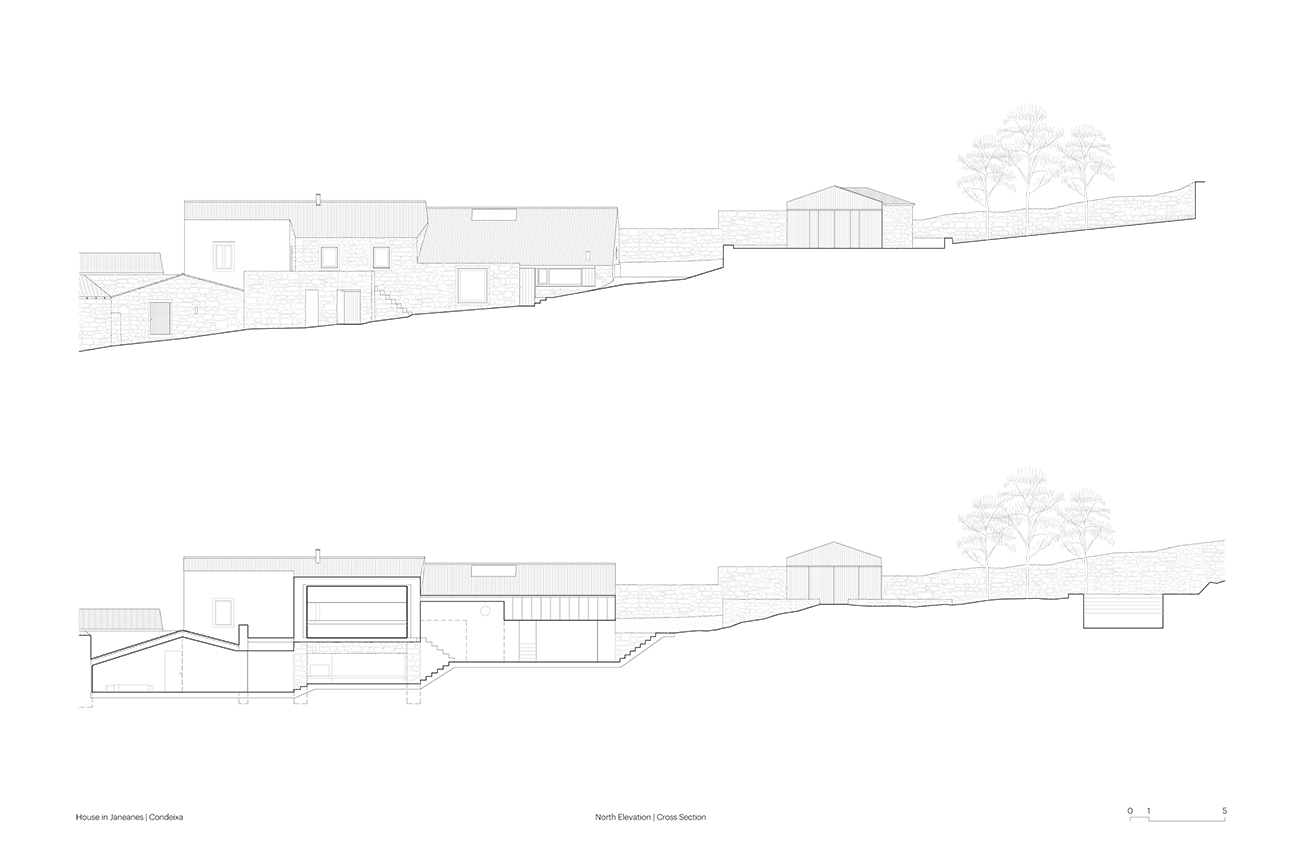 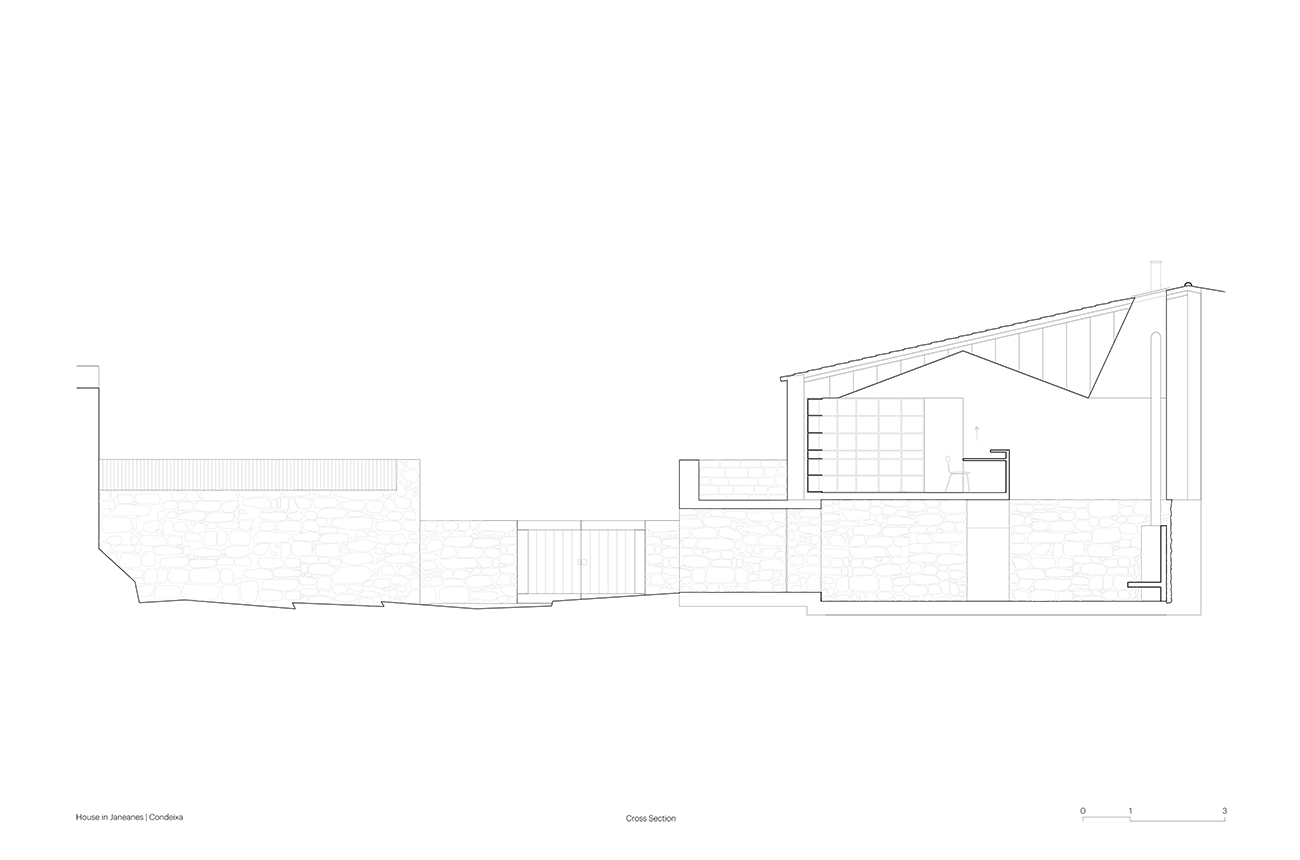 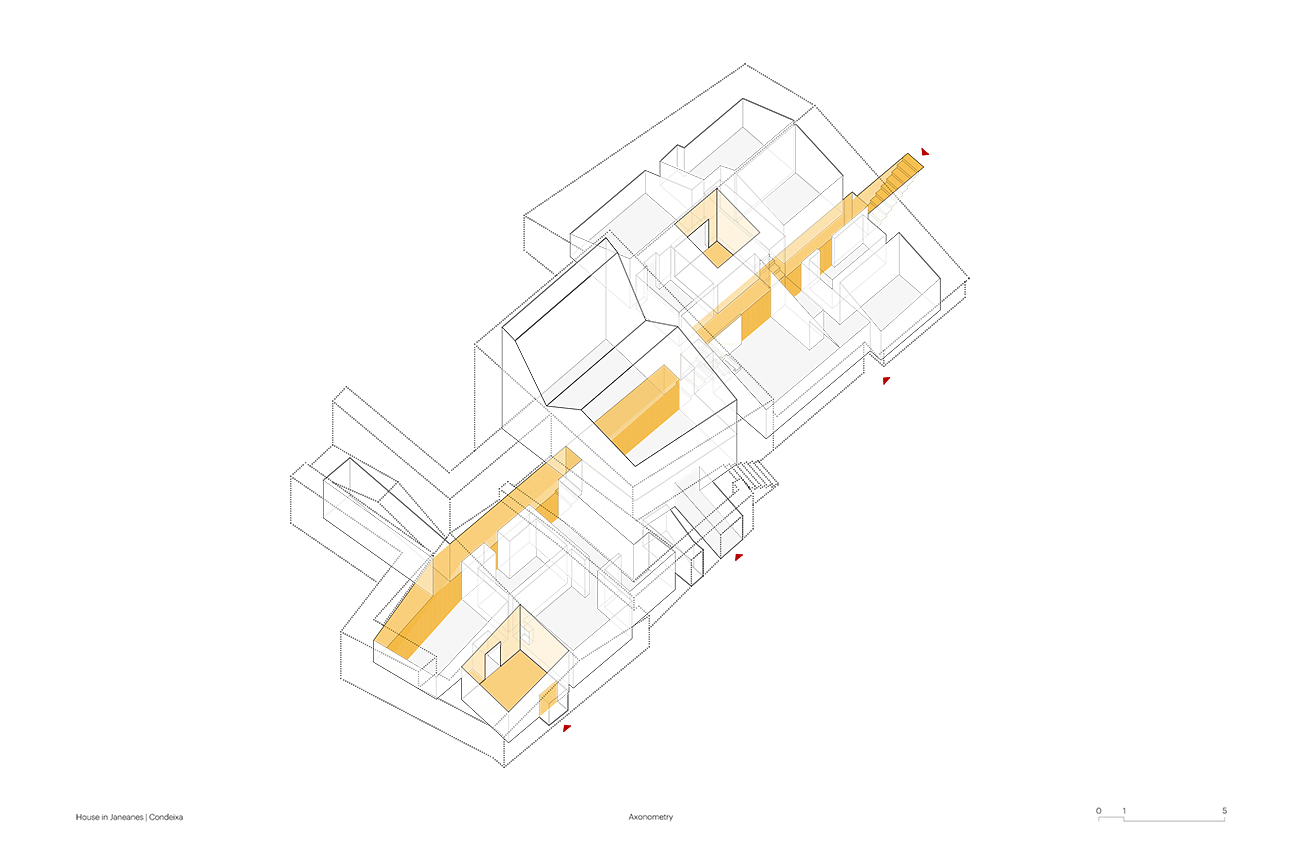 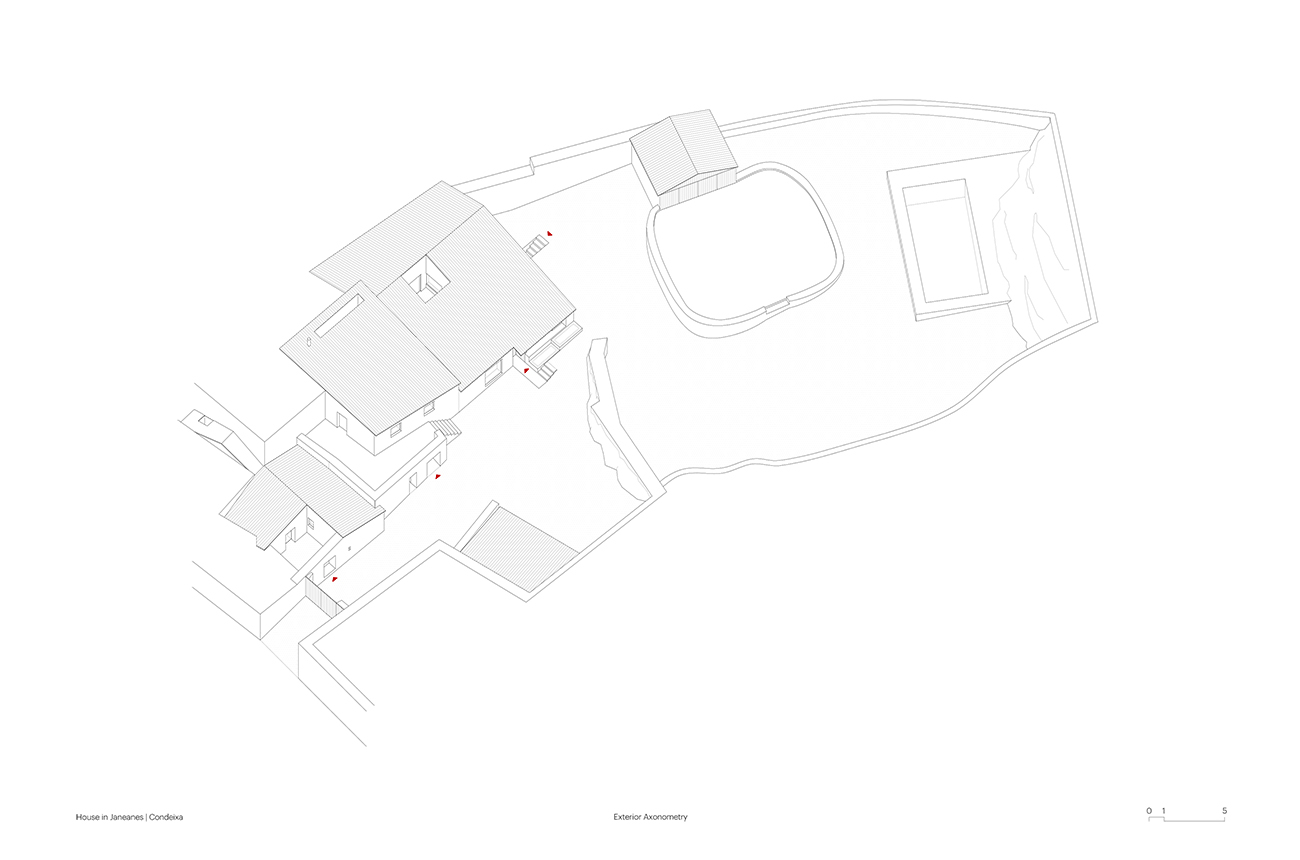 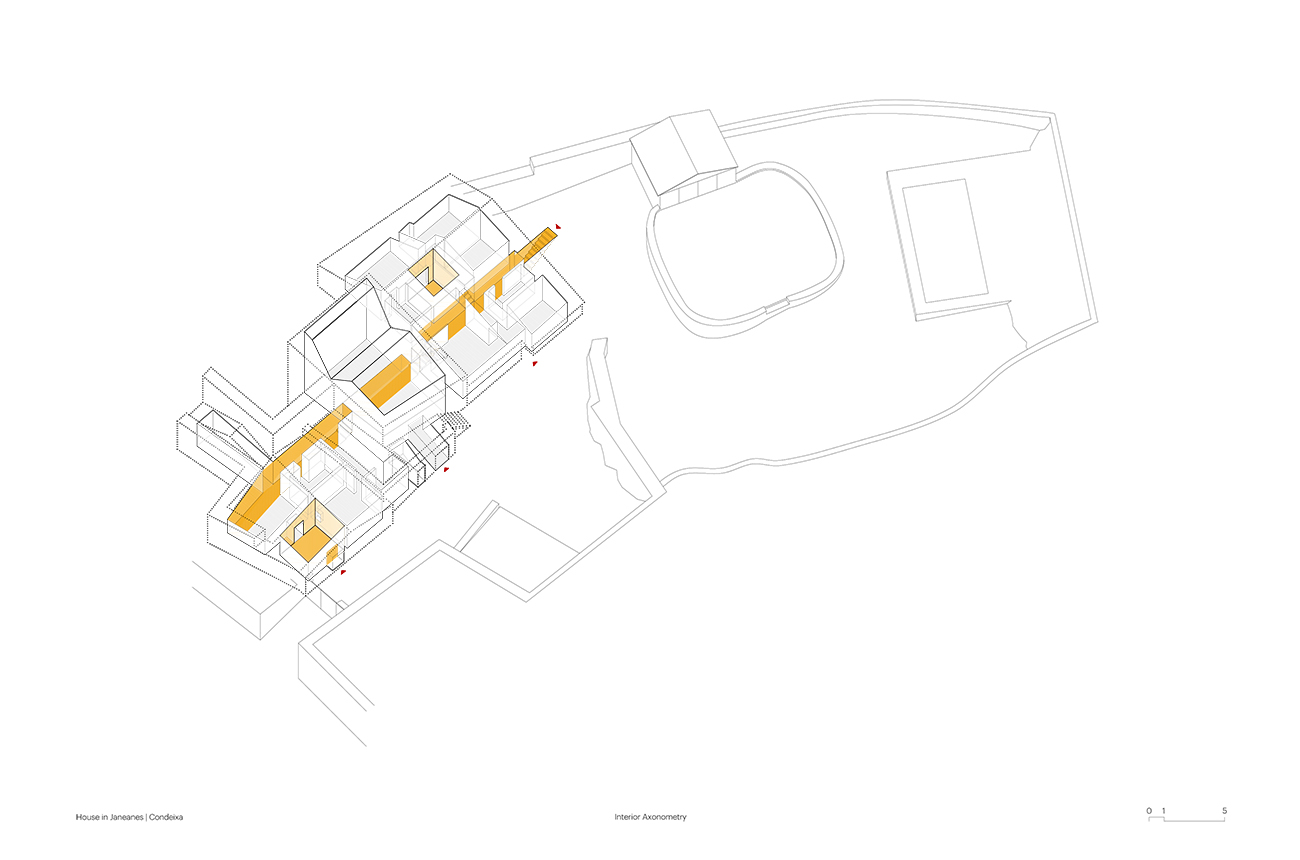 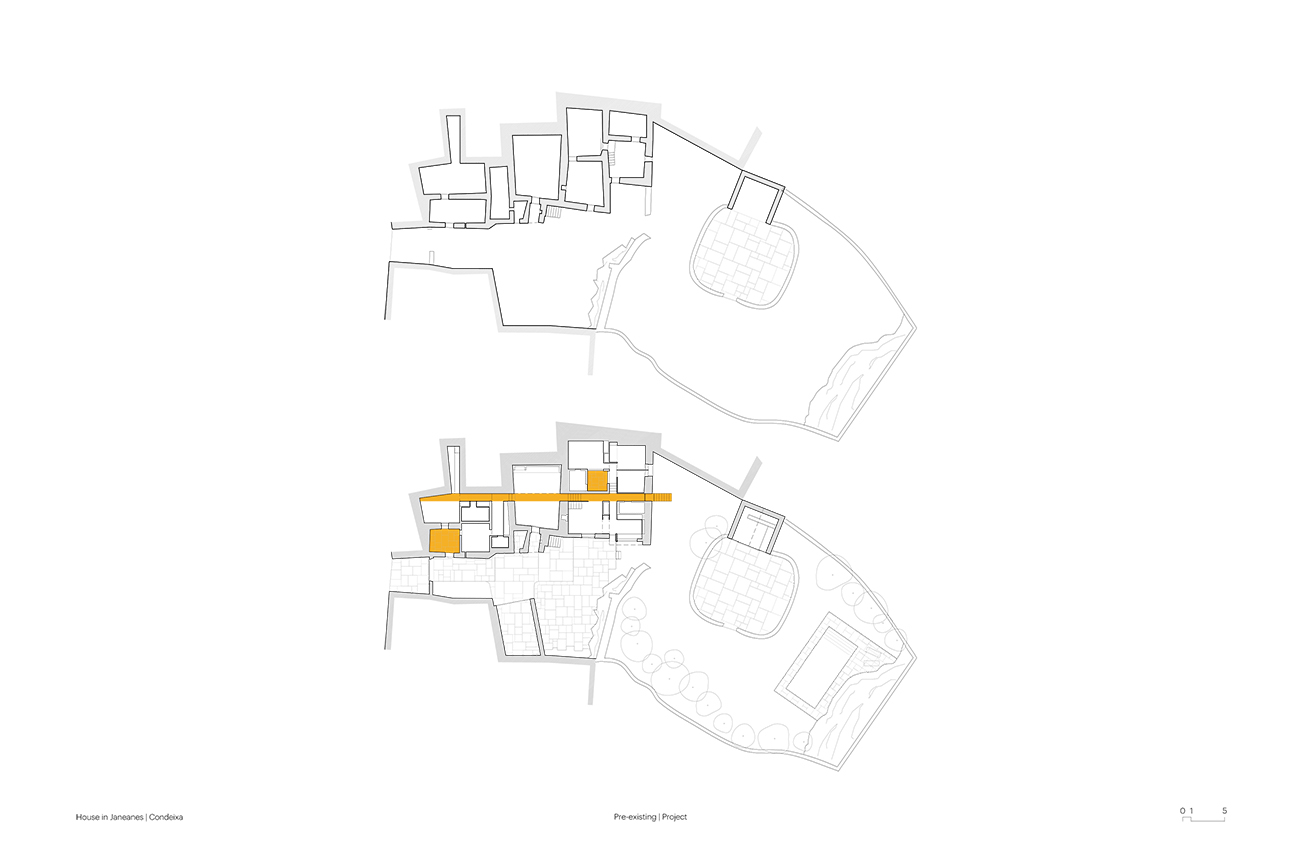 The access area of this site is a welcoming space as the existing buildings and stone walls convert it in a confined a shady location. As you course along westward, the slope to reach the highest part of the garden is considerable. At this point, stripped of limits, the distant mountains are the only horizon.

The task consisted in converting the agricultural use buildings in a weekend home for a four generation family. Thus, the usual program of a single-family house: living room, dining room, kitchen and five bedrooms, is organized so that each space can be used with a degree of intimacy and independence. To this program was also requested the addition of a library.

The main areas of the house occupy the old corrals - four stony and dark volumes, with very occasional openings, adjacent amongst but with no communication between them, located at different levels and following the slope of the land with North orientation.

The project proposes two fundamental operations: first a new longitudinal axis that cuts across the various existing buildings, like a corridor carved in stone that unites the various spaces. Secondly, two new patios enable natural light to reach the innermost parts of the house.

The work is completed with an exterior dining area and a swimming pool located near the existing barn floor at the upper part of the land, taking advantage of the best views and most advantageous sun exposure.

Throughout the work process the idea of contrast and surprise was always present. An exterior that mimics the stony and massive surroundings is very distinct from the sober and very illuminated interior that offers a delicate unexpected encounter in contrast with the rough brutality of the circumambient.